After the big deluge, the weather has given way to cold bright skies and abominably frosty gravel bars lined with hoar frost castles. The rivers have been in shape until recently and we’ve been seeing hungry char, late chum and coho with a few early winter steelhead navigating the clear, pebbled flows. With warm, wet weather in the forecast, high water is once again on the horizon. The upside to a big push of water is that it should bring in some new fish and revitalize the old ones, making them grabby again, just how we like them to be. While the late fall, winter season can feel “lean” at times in the North Sound, it is an exceptional time to be on the water. Everything is crisp; from the icy brown alder leaves littering the trail, to the bony tree lines black with wintering eagles to the brilliantly white-capped Cascades that serve as a back drop for everything else. For some it feels like the end of the season and for many just the beginning. Fish are where you find them and are there to be found. Besides, doesn’t the river sound much more inviting than the mall on a busy Saturday? 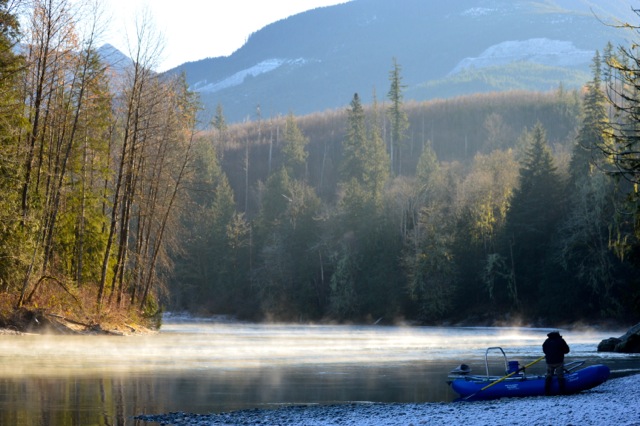 Rivers: We are seeing some bull trout on all of our North Sound rivers from the Nooksack to the Stilliguamish, Sauk, Skagit and Cascade. Finding bulls is largely a function of finding the salmon during December. Look for the riffles, flats and side channels churning and thrashing with white-spotted chum, there will be bull trout nearby. Look for the woody snags draped with the gnarled wraith-like carcasses of yesterday and you will find bull trout nearby. Swinging flesh flies or black or purple egg sucking leeches has been the ticket. As has fishing a glo bug or trout bead under an indicator in the short trenches and troughs behind spawning chum. You’d be amazed at how many big bull trout and whitefish will tuck into a 5’x10′ little bucket if that’s where the getting is good. The fish are concentrated lately. As the month unfolds and salmon become less abundant, the bulls will disperse and you’ll tend to find them in much more classic steelhead type runs, especially along the soft edges and in the tail outs. There are still some fresh chum salmon around. Look for them lower in the system. The chums you’re trying to find bull trout around are not the same ones you want to be fishing for. Chartreuse Comets, Popsicles, Purple or Pink Starlight Leeches are working well for chum. Don’t be surprised if you encounter a few big late season coho while you’re at it. 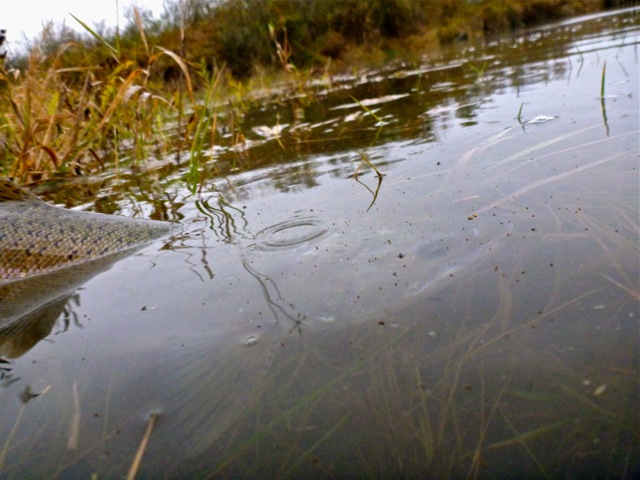 Our local winter steelhead fishery doesn’t really ramp up until mid-December, but that hasn’t stopped us from trying and there’ve been a few early winter steelhead encounters on the Nooksack, Skagit and Cascade Rivers. Please be aware that hatchery steelhead retention on the Stillaguamish system has closed until January 31st or until further notice to allow the hatchery to meet broodstock needs. Check the WDFW Emergency Rule Updates for the latest news. If you’re up for a December trip, coastal rivers like the Bogachiel are already getting decent returns of hatchery winter steelhead. Pick Yer Pockets, Reverse Marabou Spiders, Popsicles and Hoh Bo Speys are excellent choices for flies. December is comprised largely of hatchery fish and smaller, more modest presentations tend to work better than many of the larger more imposing Intruder patterns we fish for aggressive wild fish. Now is the time to start scouting your favorite water in search of prime lies for winter steelhead. After the last series of high waters we’ve seen some major changes on many of our local rivers, particularly on the Nooksack and Stilly. The steelhead game is far more about presentation and covering water than a magic fly. Spey casting is hard to beat for efficiency in fishing a lot of water and maximizing the amount of time your fly spends in the water. If you already use a two-handed rod, this is not news to you. If not, check out one of our free spey clinics and find out what you’re missing. Our next spey day is Saturday, December 5th with Echo. We’ll be out there casting with both hands come rain or shine. 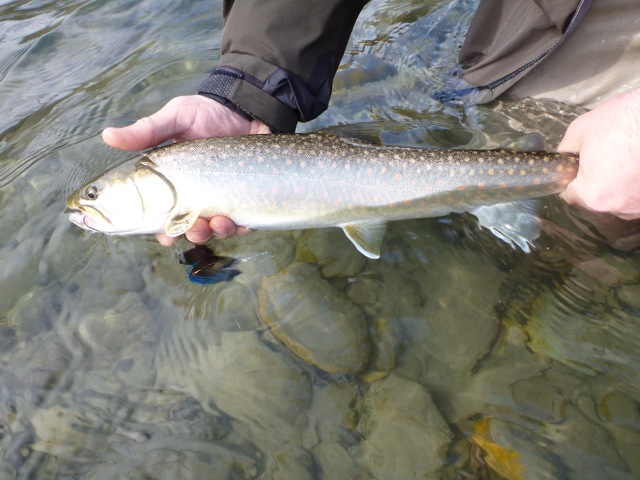