Welcome to our winter wonderland! Our steady, dripping slog of a rain-infused autumn has finally given way to an arctic landscape. After a couple years of fairly mild January’s, we’re once again reminded of what it’s like to be truly cold. Ice is forming around the boats in Squalicum Harbor, icicles line the eaves and threaten to collapse on unwary passersby, all but the main highways and arterials are a slickened cocktail of frozen snow and black ice. It’s brutal indeed…but if you glove up, hat up and blanket your body in wool, down, fleece, Capilene, Primaloft, Goretex and whatever else it takes to keep your inner flame lit, there’s some decent fishing to be had out there. With sections of the Skykomish and all of the Nooksack and Stilliguamish closed to fishing right now due to poor hatchery returns, we’re pretty well left with the Skagit and Fraser Valley rivers to swing a run or two for steelhead and bull trout. While the fishing can be more challenging in the subfreezing temperatures, there is certainly not a lack of immense beauty to be taken in from any vantage point with the mountains, hillsides, and river banks a-glow in wintery white. Be safe out there in the cold, stay warm and find a few fish to welcome in the new year. 2017 is a pink salmon year and we are already getting prepped for the excitement and chaos of a fishery that is yet months away. We are also thrilled to be helping bring Phil Rowley back to Bellingham to present in February as well as co-hosting the 2017 Fly Fishing Film Tour at the Lincoln Theatre in April. Stay tuned for additional details on these events in the near future. Happy New Year and thank you for all you do to support your local fly shop! 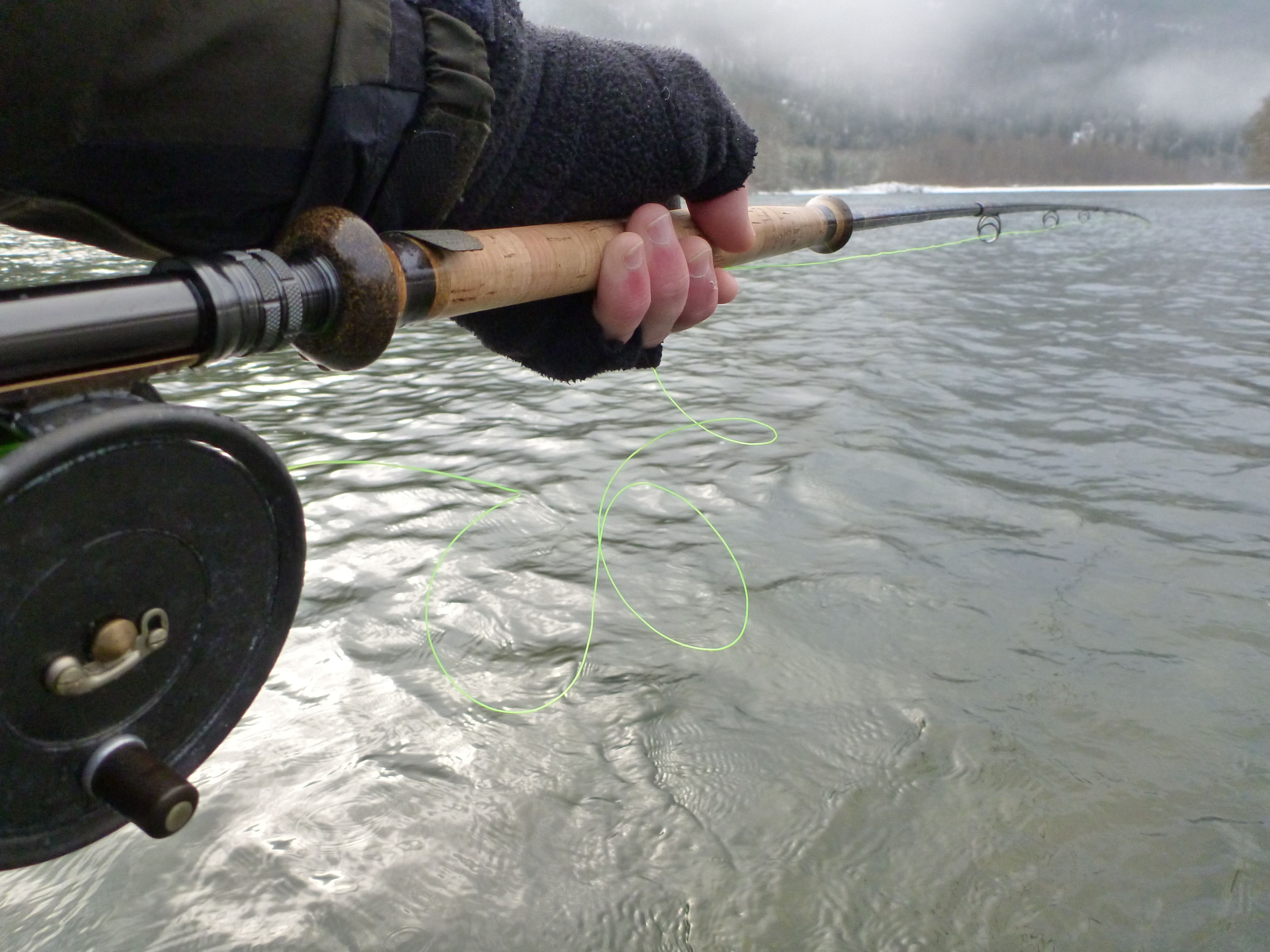 Rivers
With salmon season behind us, we are pretty much focusing on winter steelhead and bull trout these days. Since there were no hatchery steelhead released in our North Sound rivers in 2014 and 2015, the entire Nooksack and Stillaguamish systems are closed to all fishing to allow the few returning steelhead to make it to the hatchery to meet egg take goals. Of course, even when we’ve had full steelhead smolt releases in prior seasons, we usually have a seasonal closure of several weeks to a month to allow enough fish to return to perpetuate the fishery. Seems more than a little ironic. On to the good news. The Skagit, most of the Skykomish (except for the Reiter Ponds terminal area) and Fraser tribs like the Vedder are open, as are the fabled rivers of the Olympic Peninsula. The Skagit and Sky are producing some winter steelhead and bull trout along with the Vedder and Peninsula Rivers. January is somewhat of a shoulder season on the Peninsula. The hatchery fishery starts to wind down and it’s a bit early for the big numbers of wild fish. January can be a fine time to take a trip over there, learn some new water and have a little more river to yourself than you may find in March. As far as flies, it’s hard to pick a specific pattern that’s outperforming another. Fish Signature Intruders, Hohbo’s, Pick Yer Pockets, Foxee Dogs, Reverse Marabou Spiders, Silvey’s Tandem Tubes, Marabou GP’s or whatever tickles your fancy. To a large extent, it doesn’t matter as long as you’re factoring in water conditions. You want a fly with lots of movement in the slower seams we favor when the water is cold. Most everything is low and clear at the moment. Soft pinks, whites, oranges and light blues are great clear water bright day colors, where we like blacks, blues and purples on darker days or closer to dusk. Fish slowly and methodically. Everything moves at a reduced tempo in this cold, including us!