Let there be light! We’ve had our fair share of sunshine and hot days, trees are leafing out and the lawn seems to be in the midst of an insurmountable growth spurt. Lots of new lakes are open, the water and the fishing have warmed considerably. While we all have our favorite places or piscine species to pursue throughout the changing seasons, there is something about the unshakeable diversity of our region that is so darn cool. The other day I found myself searching a nice tidal rip in the North Sound for cutthroat and sea run bull trout by the dawn’s early light, only to watch the sun set over a favorite spiny ray lake as I popped surface bugs along the lilies for portly bluegill. From sea to swamp. There aren’t many places in the world where we can enjoy such variety inside an hour’s drive. May promises to be another busy month. Lowland lakes are teaming with hungry trout, bass and panfish action continues to build, the salt is alive with out-migrating salmon fry, ravenous cutthroat and large bull trout. Life is good. Make sure to take some time out your busy schedule to treat mom right on Mother’s Day, and if you can spare a little more time, check out the Fly Fishing Film Tour in Mount Vernon May 12th and stop by the shop for some awesome BBQ to celebrate our 3 year anniversary later in the month. 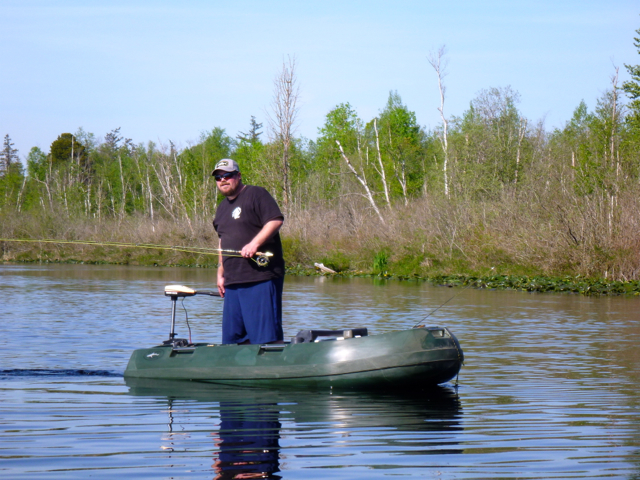 Lakes
Stillwater is largely where it’s at right now. While our year round lakes like Squalicum, Pass, Grandy and Fazon continue to produce, we are now confronted with a multitude of other choices like Cain, Toad, Whatcom, Padden, Silver, Heart, Erie, Vogler and the list goes on. Check out the WDFW’s stocking report for the lowdown on numbers and size. Some lakes have lots of smaller trout, others have fewer but larger fish. As for flies, Flashabuggers in olive, brown or black, Carey Specials in olive, peacock, red or chartreuse in #8’s and #10’s work wonders. If you’re getting a lot of short grabs but not connecting with fish, pinch the tail on your fly shorter or switch to a smaller pattern. Trolling with a floating or intermediate line is highly productive and very conducive to relaxing and enjoying an after-work beer among pals. Many of the trout were planted several months ago, and are keying in on chironomid hatches and even taking small dries and emergers on the surface. The North Cascades highway is now open and we are getting great reports from several dry side lakes as well if you’re looking to head east for a few days. Micro leeches, dragonfly nymphs, damsels, callibaetis mayflies and a healthy selection of chironomid patterns should grace your fly box for a trip across the Cascades or up to the BC interior lakes. On Whatcom, we’re beginning to see smallmouth creep into the rocky shallows, with the next sustained week of days above 70 degrees we should really see this fishery take off. Zoo Cougars, Zonkers in white or olive, Jawbreakers in olive, black, white or burnt orange or Beldar Buggers in lemon drop or black fished around rocky shorelines and docks should produce some hefty smallmouth. Terrell and Fazon have been fishing well for largemouth and sunfish on everything from Slight Leeches to Bream Poppers. Larger hair or hard-bodied poppers attract bigger bass. It’s wonderful to have enough daylight and nearby options to facilitate a couple hours on the lake after work. We’ve had the pleasure of testing out a new personal boat from local manufacturer Cypress Designs LLC. The Dogfish 8 is an 8′ rotomolded polyethylene dinghy. It’s one of the most stable platforms we’ve fished from and tracks well both with oars or an electric trolling motor. At 100 lbs, they fit easily in the bed of a truck, are very rugged and are manageable for one person to handle. We can stand, sit or zoom across the lake as we desire. The Dogfish 8 makes a great stillwater fly fishing craft. Please let us know if you’d like to see one in action. 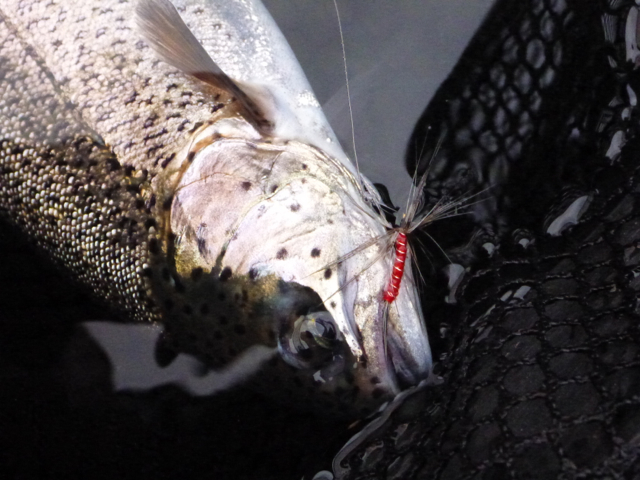 Beaches
Our local beaches have been fishing well along with much of the Sound and Hood Canal for sea run cutthroat. Salmon fry continue to be the plat du jour much of the time, but we are getting some fish on White Conehead Squids, Miyawaki Poppers and small Gurglers in addition to stuff designed to imitate fry. Most of the fry we’ve been encountering are 2-2½” in length. There has been a lot of talk about this year’s forecast low abundance of coho salmon in Puget Sound and the future of the Puget Sound salmon fishery. Per the WDFW’s April 29th News Release, saltwater cutthroat fisheries will remain unaffected by the current salmon closure. Look for cutthroat to continue to build through this month and into early summer. The State is applying for a separate federal permit to conduct mark selective salmon fisheries in Puget Sound to minimize impacts to low numbers of wild fish. Let’s cross our fingers this process goes smoothly and hope we enjoy some additional fishing opportunity later in the summer. 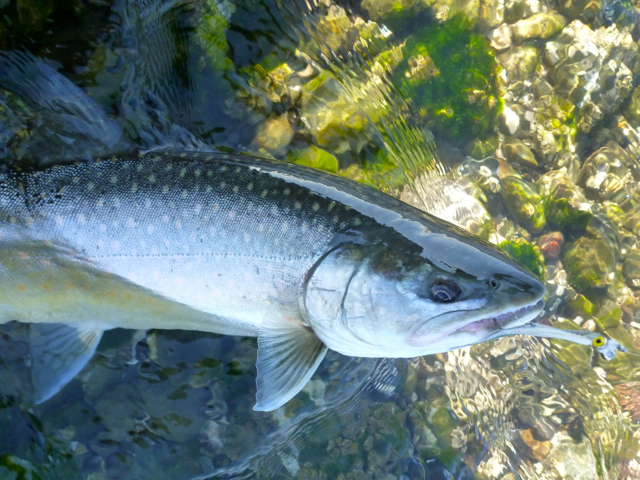 Rivers
North of the border, the Vedder and lower Fraser tributaries like the Stave and Harrison remain open for cutthroat and steelhead. The Vedder is fly only from the Vedder Bridge in Chilliwack down to the mouth and closed upstream of the bridge. The lower river has some amazing fly water and a few fresh steelhead still making their way into the system. There are also higher numbers of out-migrating steelhead or kelts around as well. Play your fish quickly, keep them in the water and minimize handling to ensure they fare well on their journey. Salmon fry are abundant, making Epoxy Fry, Bull Babies and Clones good patterns to have on hand, even for steelhead. As of right now, most rivers are in pretty good shape with decent clarity. Look for freshet to kick in with more hot weather and set your sights to your favorite stillwater haunts until they shape up for summer. We still have a couple of steelhead spawner surveys with our North Sound Chapter of Trout Unlimited and Wild Steelheaders United scheduled in May for the Skagit River tributaries. We saw several steelhead doing their thing last weekend along with numerous redds. If you’re interested in helping out with the surveys or learning more contact scott@theconfluenceflyshop.com. 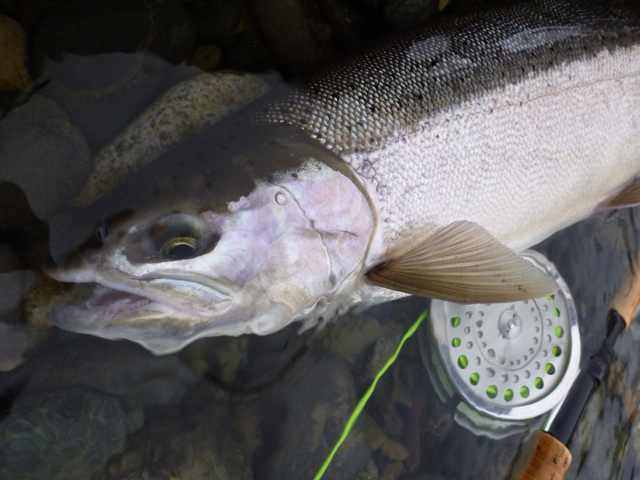