October came and went with all the quickness and intensity of our latest downpour. The earth is wet and spongy, the rivers full once again for the time being, leafless maples and alder line the banks as seasonal sentinels. The fish continue to do their thing in spite of it all while we anglers do our best to keep up. Most lowland lakes have closed, the local saltwater scene is winding down and our moving waters are taking over the show for everything from salmon to char and our forthcoming winter steelhead. Brave the weather, check your waders for leaks, pile on the wool and fleece to enjoy the last of the year. 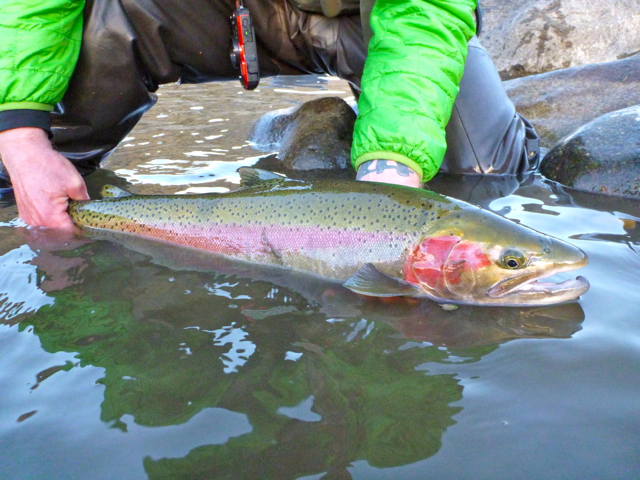 Rivers: Rivers are predominantly where it’s at for the next few months and there’s plenty of opportunity right now. While the Skagit, Stillaguamish and Snohomish systems have closed to coho fishing for the time being due to lower than forecast returns, the Nooksack remains open and continues to see some coho along with newly arriving chum salmon. We’ve been venturing north of the border of late as well and finding some great fishing. The Vedder, Stave and Harrison have strong numbers of chum along with coho flooding these systems in between high water events. Our usual patterns have been successful for coho, with chartreuse, blue or olive Rolled Muddlers, chartreuse California Neils, olive Sparkle Buggers and Christmas Trees being our top producers. For chum, purple Starlight Leeches, Manhatten Beaches, Popsicles and Christmas Trees have been working. Bull trout are beginning to work their way out of the spawning tributaries and are wolfing down Glo Bugs, Trout Beads, Split Decisions, flesh flies, Egg Sucking Leeches and anything imitating their seasonal fare of flesh and eggs. The Skagit, Sauk and Cascade Rivers have strong populations of bull trout and these fish are a lot of fun on a light spey or switch rod in between salmon and steelhead outings. We are bumping into the odd sea run cutthroat as well on the rivers from the Stilly to the Skagit. Cutthroat have been scattered but are often lurking in amongst the woody debris. Find the snags and you’re halfway there. Cutthroat will take much the same flies as the char, but also favor attractors like Reverse Spiders, Mickey Finns and Sparkle Buggers. East of the hills, the Methow has been fishing decent for steelhead. I fished last week and still found willing steelhead on Spades, Muddlers and Black Egg Sucking Leeches swung on a floating line. As the temperatures drop, slow your swing and bring a few sink tips with you as the fish become less active in the cooler water. Nymphing stonefly patterns, small Copper Johns, Glo Bugs and Trout Beads has also been producing steelhead on the upper Columbia tributaries. Thanksgiving usually sees the first big push of hatchery steelhead in rivers like the Bogachiel and Salmon that receive heavy plants. The weather conditions can be somewhat dicey this time of year, but planning a trip to the coast around the holidays can be terribly fun if you catch the rivers in shape. 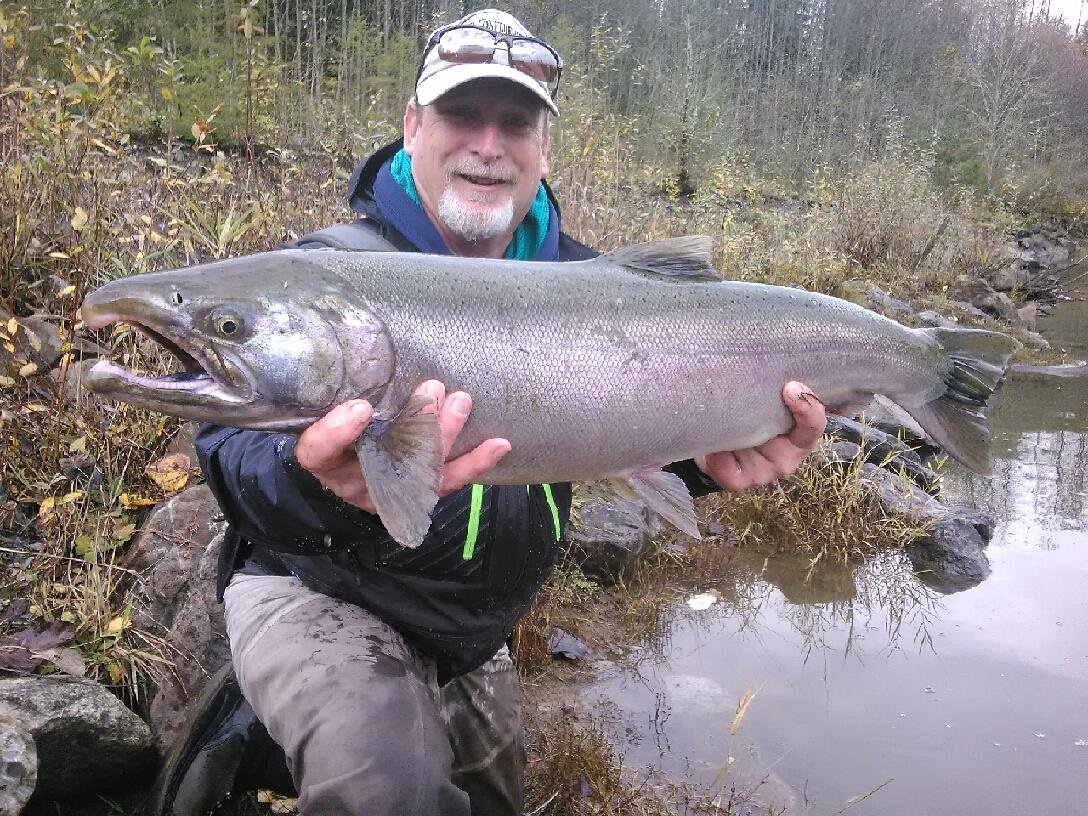 Saltwater: We continued to find fresh coho off Whidbey through the end of October, though in dwindling numbers compared to the hoardes of fish September provided. Much of our north sound saltwater fisheries are done until spring, though the ardent angler will continue to find sea run cutthroat and chance encounters with salty steelhead. Elsewhere in the sound, chum are roaming the tidal flats of Hood Canal and south sound and are available through much of November. Some of the biggest and best sea run cutthroat you’ll find are on their tails and will take a variety of flies. Fall is a great time to show them Reverse Spiders, Mickey Finns and other attractor patterns off the beach. Chum will take a variety of small sparse patterns like California Neils, Chum Candies and Comets in green or pink. Start tying your fry patterns for Spring 2016 as the annual feeding frenzy in the north sound should begin sometime around mid March as billions of pink fry find their way into the Salish Sea. 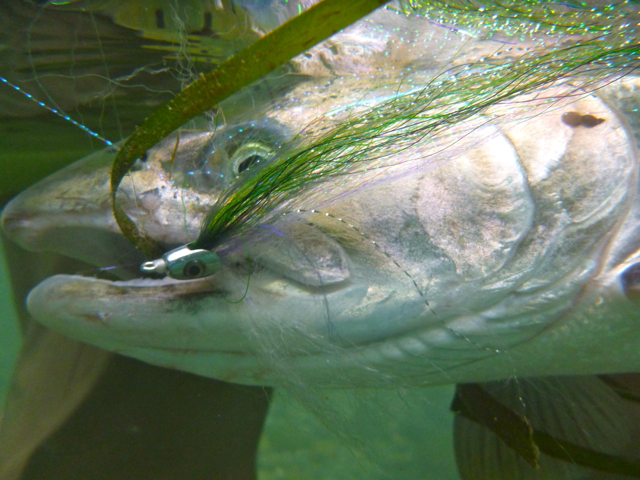 Lakes: Most lowland lakes closed at the end of October, though a number of year round lakes still provide opportunity through the lean months of late fall and winter. Pass Lake has been closed due to a toxic algae bloom, however it has recently reopened. November can still provide some decent lake fishing if the weather cooperates and remains on the milder side. Searching patterns like leeches, Woolly Buggers, Doc Spratleys along with some small midge patterns like Suspender Midges, CDC Midge Emergers and your teeniest tiniest Parachute Adams will find fish eating on warmer days. Streamer fishing along the brushy shorelines is another fine way to fish with minnow imitating patterns like Zonkers and Rolled Muddlers. Just remember to slow your retrieve down as the thermometer drops as trout typically become less active in the cold. 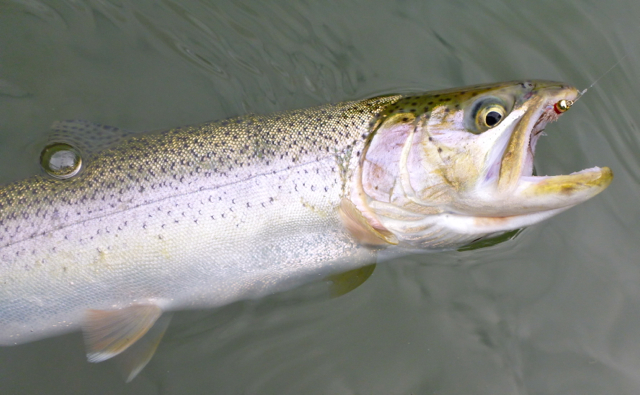