After one of the hottest summers on record, our recent rains serve as a welcome transition into one of our favorite fly fishing seasons of the year. Moisture once again seeps into the ground and air, cooler nights warrant an extra clothing layer or two and our waters absolutely swarm with salmon. September and October offer enough choices to satiate nearly everyone’s fishing desires.

Saltwater: With the multitude of river drought-related river closures throughout the Northwest, we’ve spent the better part of the last month fishing the beaches of Whidbey, Bellingham Bay and the Strait of Georgia in search of salmon. Saltwater pink salmon fishing along the west and northeast Whidbey beaches was off to a screaming start in mid August, though is beginning to wind down as fish pile into our rivers. Coho fishing during the last 2 weeks on the west side of Whidbey has been absolutely incredible with a steady stream of large ocean coho pouring through the Strait of Juan de Fuca. We’re finding the occasional sea run cutthroat along the beaches near Bellingham as well. Look for saltwater pinks closer to the river mouths and fish small Pink Darts, Pink Comets and Pink/White Clousers in #6 or #8. Coho are favoring larger Craft Fur Clousers in a variety of attractor colors. Green over white, pink over green are productive standards, with our Clown (green over pink), Scott’s Herring and Brandon’s 12th Man ties working exceptionally well. The fishing has been so amazing that we’re often fishing poppers just for the fun factor and excitement of watching a bright thick-shouldered coho poke through the kelp to suck down a topwater fly. Flanagan Fly Fishing has a couple of great topwater coho videos from our recent outings with Colin. 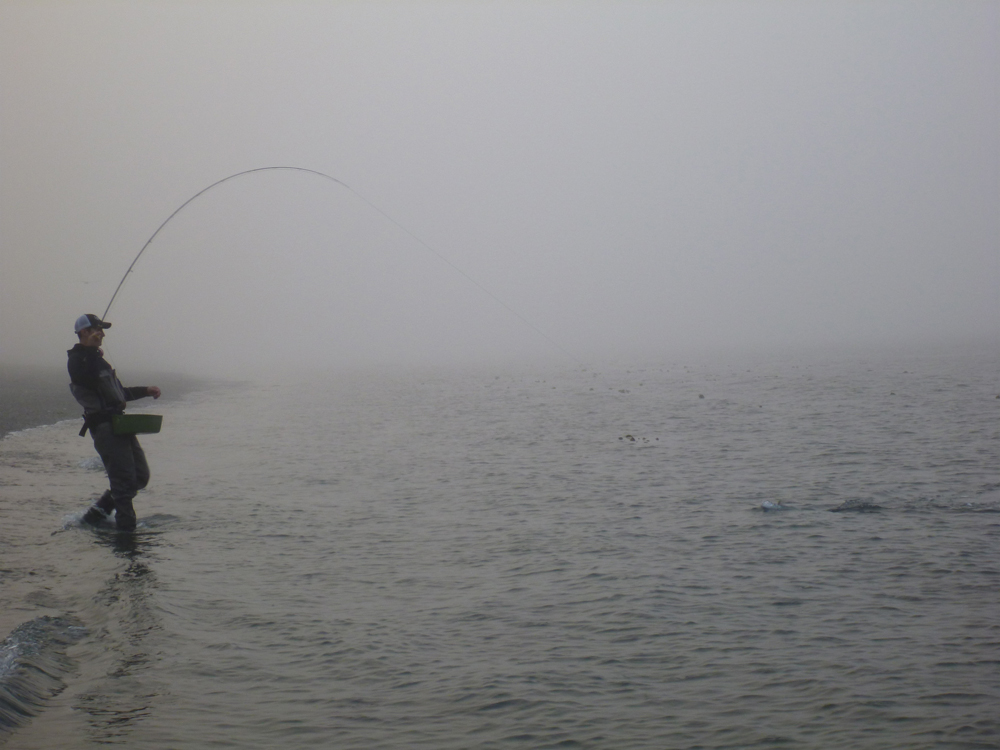 Rivers: Rain and dropping temperatures have conspired to open a few more sections of river like the lower Skykomish, Stillaguamish and Nooksack. Pink salmon abound, with coho and hungry sea run cutthroat fast on their tails. Visibility in the lower Nooksack and Skagit has improved considerably with lower freezing levels. For pinks, focus on softer inside seams in 3-4 water. We prefer floating lines, clear intermediates or light tips to cover these areas and small pink flies that are nose heavy and jig erratically on the retrieve. Pink Darts, Pink Comets, Pink Finkus, Pink Cohorts and Capital Punishments. Noticing a theme here? Coho and cutthroat frequently occupy the same water, though may be displaced by a large number of pinks around. Fish the structured areas with slow water around woody debris. You will lose flies fishing for coho and cutthroat around these sunken forests so be sure to stock up. #6 Green, Pink or Blue California Neils, Olive, Pink or Chartreuse Sparkle Buggers, Rolled Muddlers and Blue/Silver or Green/Silver Flash Flies produce coho and cutthroat, with Reverse Spiders in yellow, black or orange being cutthroat favorites as well. Bull trout fishing on the Skagit above Rockport remains steady, particularly near tributary mouths. Dolly Llamas in black/white and olive/white are our go to patterns, with sculpin patterns and Egg Sucking Leeches also working. When salmon spawning activity runs full bore, single egg patterns or Trout Beads fished below salmon redds also attract bull trout voraciously gobbling loose drifting eggs.

Lakes: Many of our lowland lakes have begun the seasonal cooling process and are beginning to fish once again. Squalicum, Pass and Padden are fishing with micro leech patterns, smaller midges and Rolled Muddlers. Fall is a fantastic time to pitch larger streamer patterns like White Zonkers or Woolley Buggers along the edges of the lake to tempt some of the larger denizens of the lake, especially in Pass. Whatcom smallmouth are strapping on the feedbag in preparation for the long winter and are once again abundant in the shallower rocky portions of the lake. Zonkers, Jawbreakers, Crazy Dads and Double Bunnies in larger sizes are the ticket. 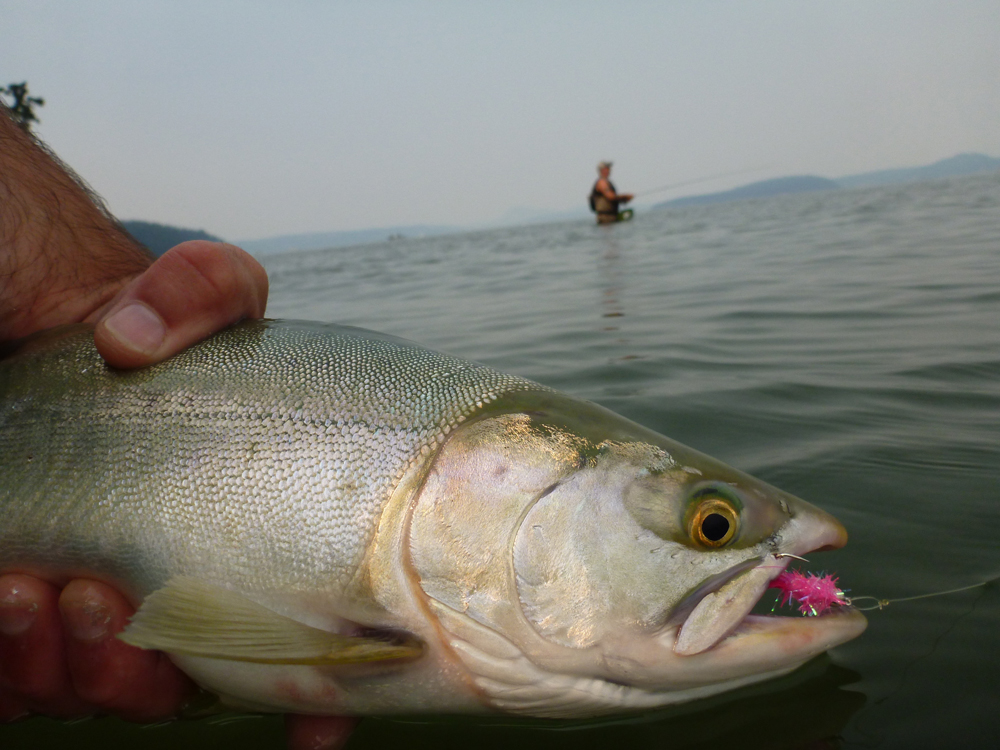