Seems like we get a cooler day just often enough lately to prevent us from melting like a stick of butter in the relentless sun. Even the thick haze that has settled over Puget Sound from BC fire smoke seems to be having an almost marine layer effect an staving off the heat, though it’s been disorienting to not be able to see the mountains or the islands over the last week. For a born and bred Washingtonian, that’s the internal compass I use to find my way around. We could certainly use some rain and cooling weather to get things going again.

We are on the cusp of what we hope will be a decent beach salmon season in late August and September, some fall river fisheries starting up and for our lowland trout lakes to return to fishable temperatures and the fish in them to reinvigorate and feed zealously. Over the last month we’ve split our time between retreating to the hills to find respite from the heat, cold water and mountain trout to chasing that magic hour before dark on the bass lakes and ponds when things go fast and furious as the sun dips below the horizon. It’s been all too fun, but we’re getting ready for the next wave of adventure and the wonderment of fall to get underway.

Thanks to all who’ve made it out to our summer free spey casting clinics over the last several months. We’ve had a well-attended series so far and will have one more session on August 22nd. We plan to start off our fall monthly tying sessions in October, so stay tuned for more info in the September newsletter. Lastly, we’ve got some pretty good deals on closeout rods until they’re sold as we have new products shipping to the Confluence almost weekly. Better jump on that! 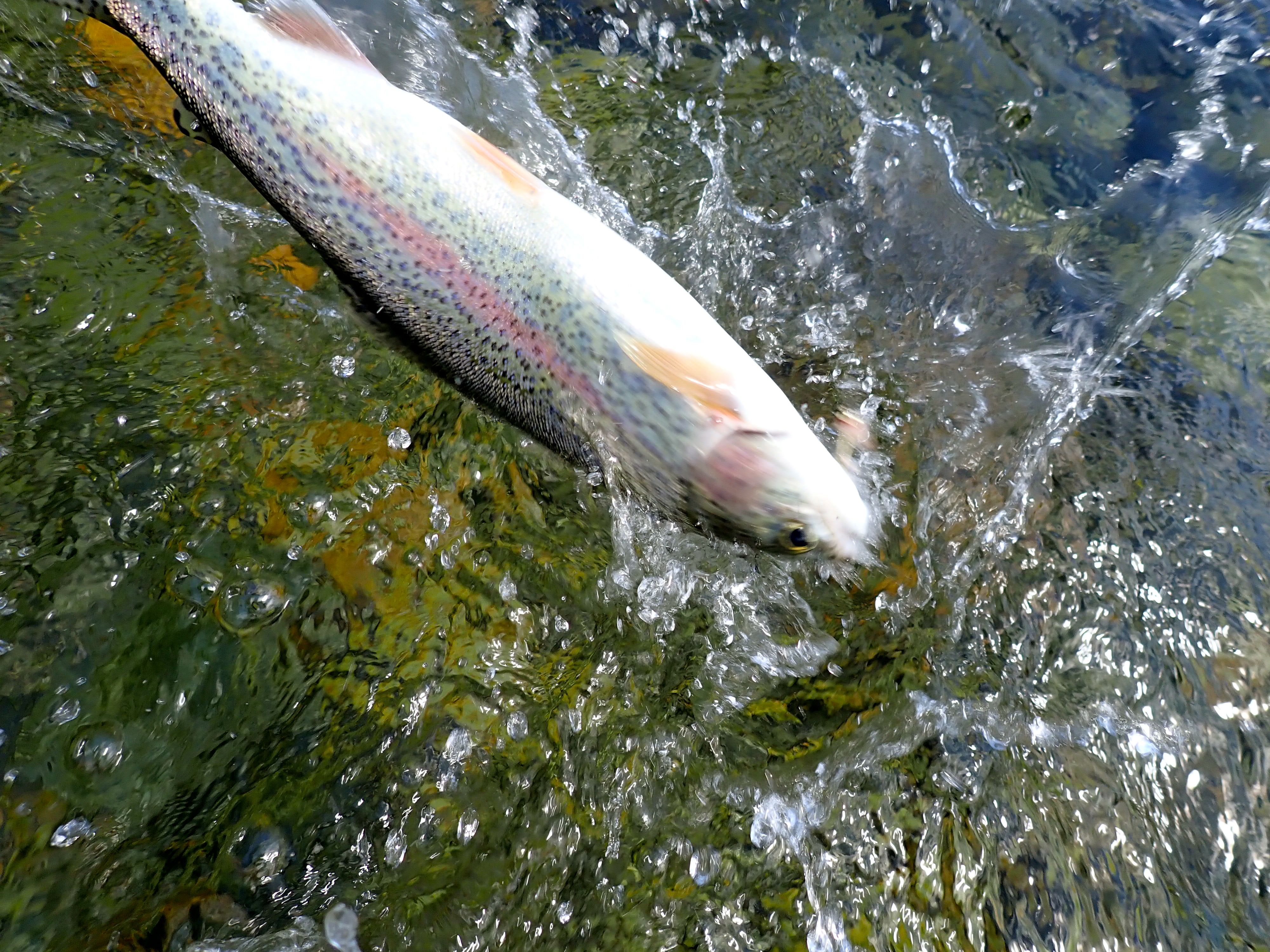 Rivers
Rivers and streams have fished well for the most part over the last several weeks. On the dry side, the Methow has put out some impressive cutthroat, both on the surface and fishing streamers. The river is very low and fishing has been best early and late in the day. If you want to fish dries, it’s hopper time for sure, with Sandwich Hoppers, Dave’s Hoppers, Red or Purple Chubby Chernobyls, Foamulators and Amy’s Ants getting it done. It never hurts to drop a small Bead Head Prince, Pheasant Tail Flashback or Lightning Bug below the dry for those days the trout are less enthused about coming to the surface. In the streamer world, the Wounded Sculpin, Bunny Busters and Sculpzillas continue to shine. If you want to transform your favorite 4 or 5 weight into the ultimate streamer slinging machine, the new OPST Commando Smooth integrated Skagit lines are now in stock at the Confluence and pretty incredible for this application. 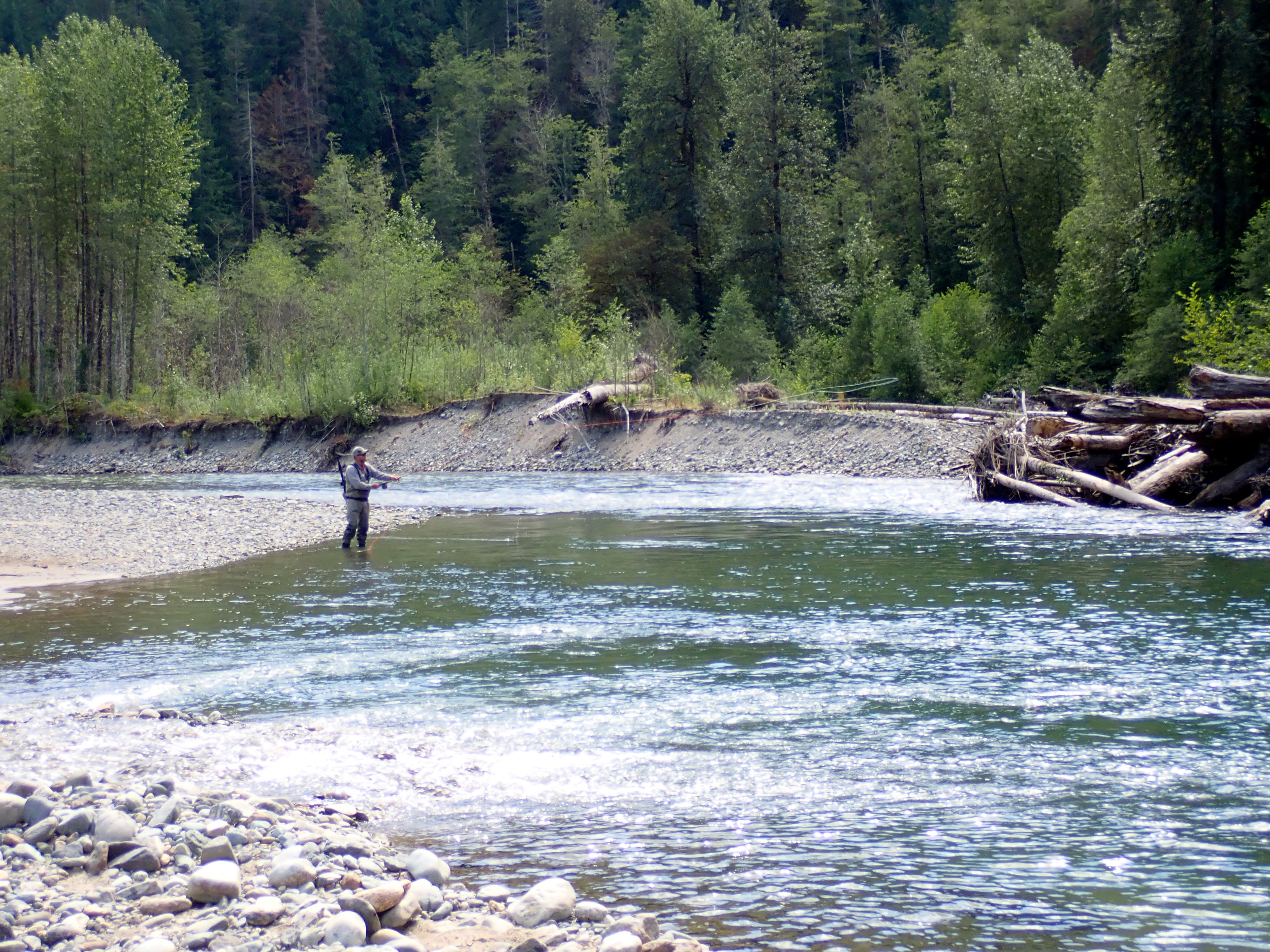 High mountain tributaries to the Nooksack and Skagit are lighting it up out there with eager trout waiting to annihilate your favorite high floating dry fly. Humpy’s, Elk Hair Caddis, Stimulators, Para Ants, Foam Beetles, Small Dave’s Hoppers, Royal Wulffs, Royal Trudes, and Adams Wulffs are all catching their share of rainbow, cutthroat or brook trout depending on what drainage you choose to fish. Now is prime time!

We’ve had a few trips chasing bull trout in the Skagit system over the last few weeks. They’ve been around but you’re going to want to cover a lot of water in the day to find them. Dali Llamas, Flash Fry and Conehead Double Bunnies fished with an active retrieve have been effective. If you’re not finding big char, fish a Beadhead Rolled Muddler or standard Muddler on the swing around the choppy broken water laced with big boulders and shade. You may discover some bigger rainbow trout then what conventional wisdom says swims in some of our North Sound rivers. 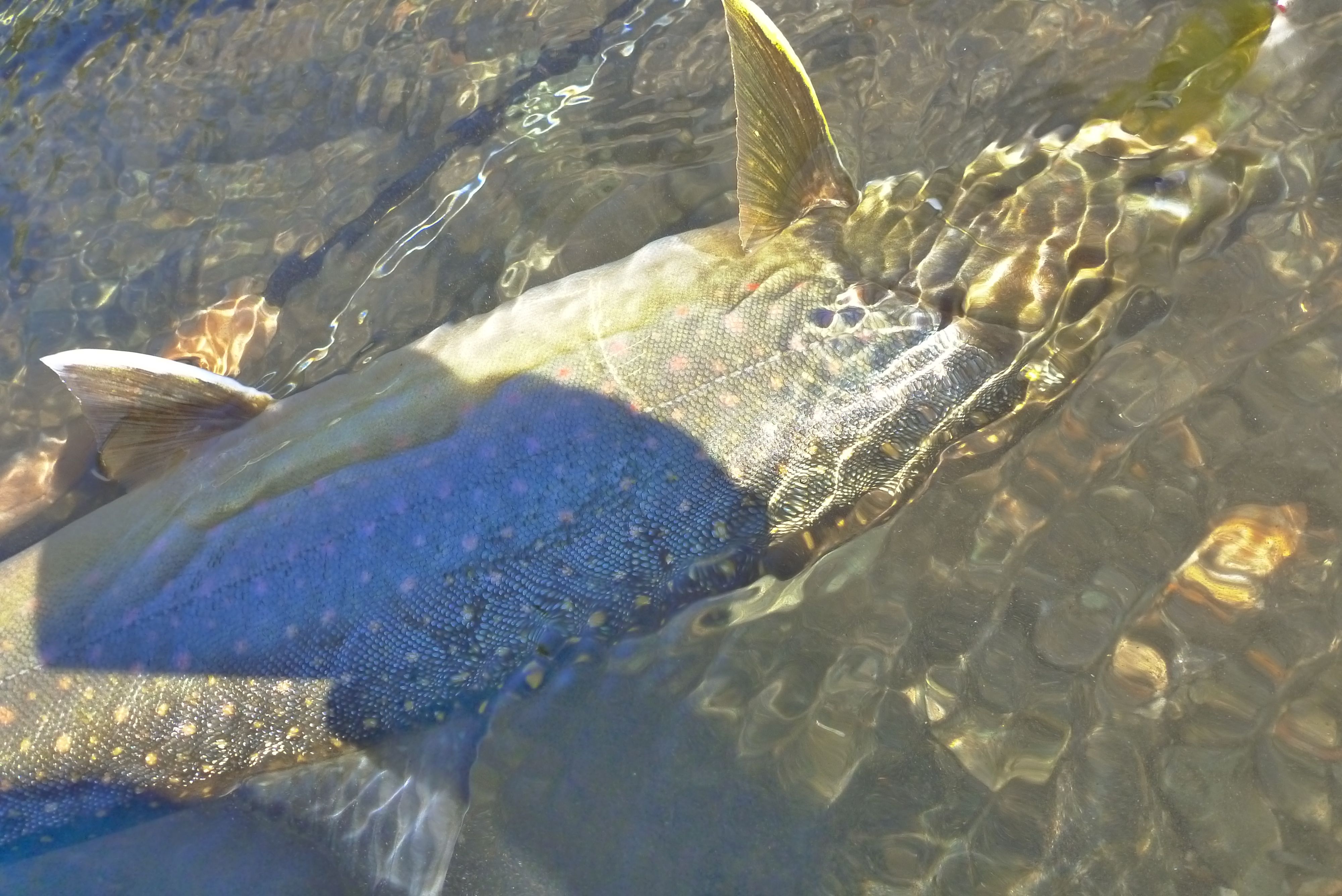 The Upper Skagit in BC has been fishing well, with small Adams, Green Drakes, Beadhead Prince Nymphs, Twenty Inchers, Elk Hair Caddis, Para Ants and Soft Hackles catching nice rainbows. As usual, the key to unlocking the mysteries of the Upper Skagit is to cover a lot of water until you find trout. You’ll fish a lot of prime looking water that doesn’t seem to have much in it, and then stumble on mediocre looking run and pick off a dozen bows. Go figure. Check the fire status in North Cascades National Park prior to planning a trip. As of August 9th, the road into Hozomeen Campground is closed to all vehicle access due to several fires burning in the Ross Lake Complex. Check the NCNP website for updates on the fires and road closures.

Sea Run cutthroat should begin showing up in the lower Skagit and Stilly as the weather cools and is a really fun fall fishery that seems to be thriving these days. Beadhead Rolled Muddlers, Raccoons and Woolly Buggers are worth filling the box with to enjoy those guys for the next several months. 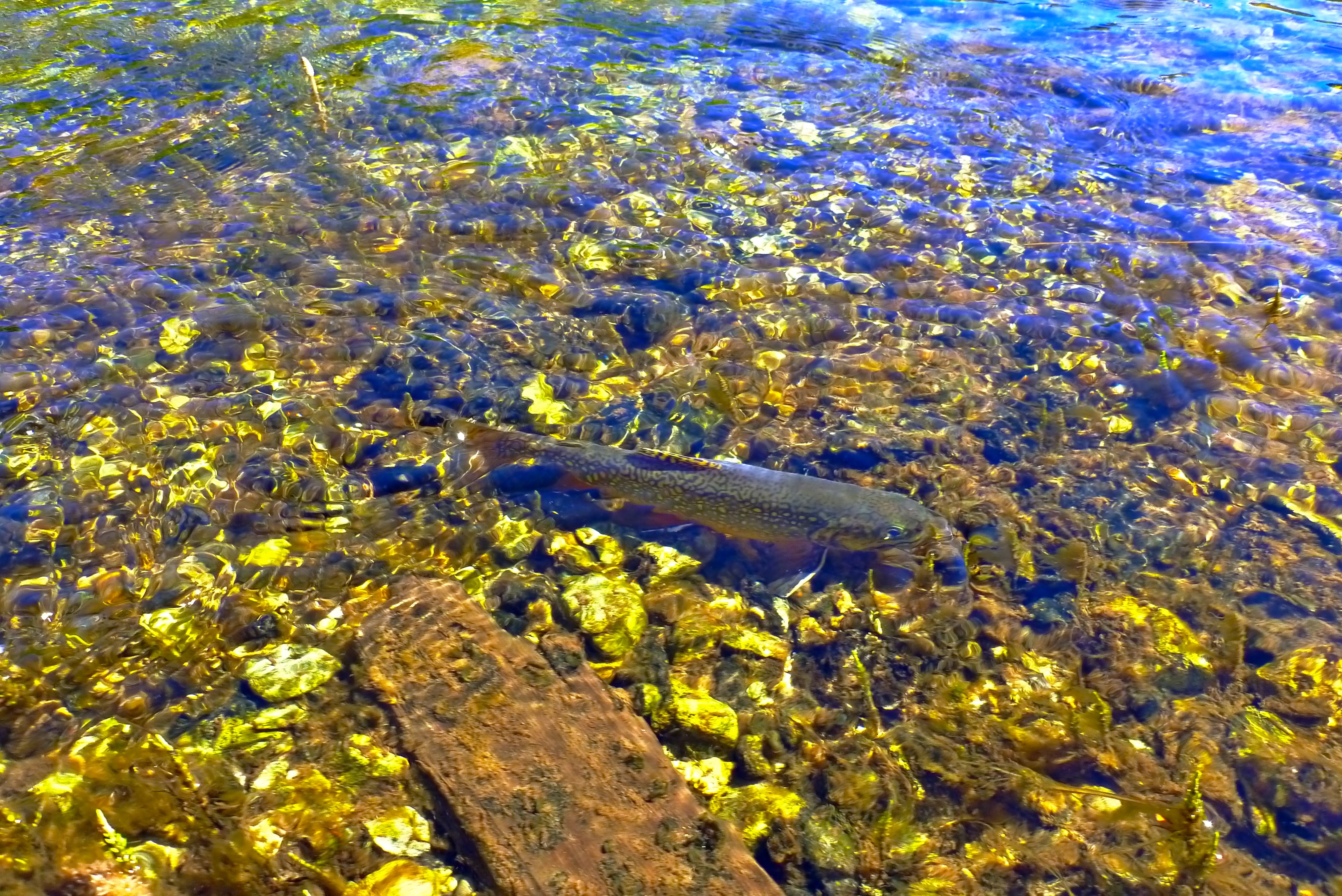 Lakes
For trout, go high or wait for things to cool off. We have another month or two before the icy grip of winter locks down our high country lakes for the season, so it’s a fine time to strap on the pack, even a float tube and a few essentials and head for the hills. Mosquitos, small Adams, Foam Beetles, Para Ants, Alder Flies, Black Gnats and Renegades all do the trick this time of year. If you’re looking for an ultralite packable float tube for Alpine Lakes, we have the Outcast Trinity series at 20% off through the end of the month. 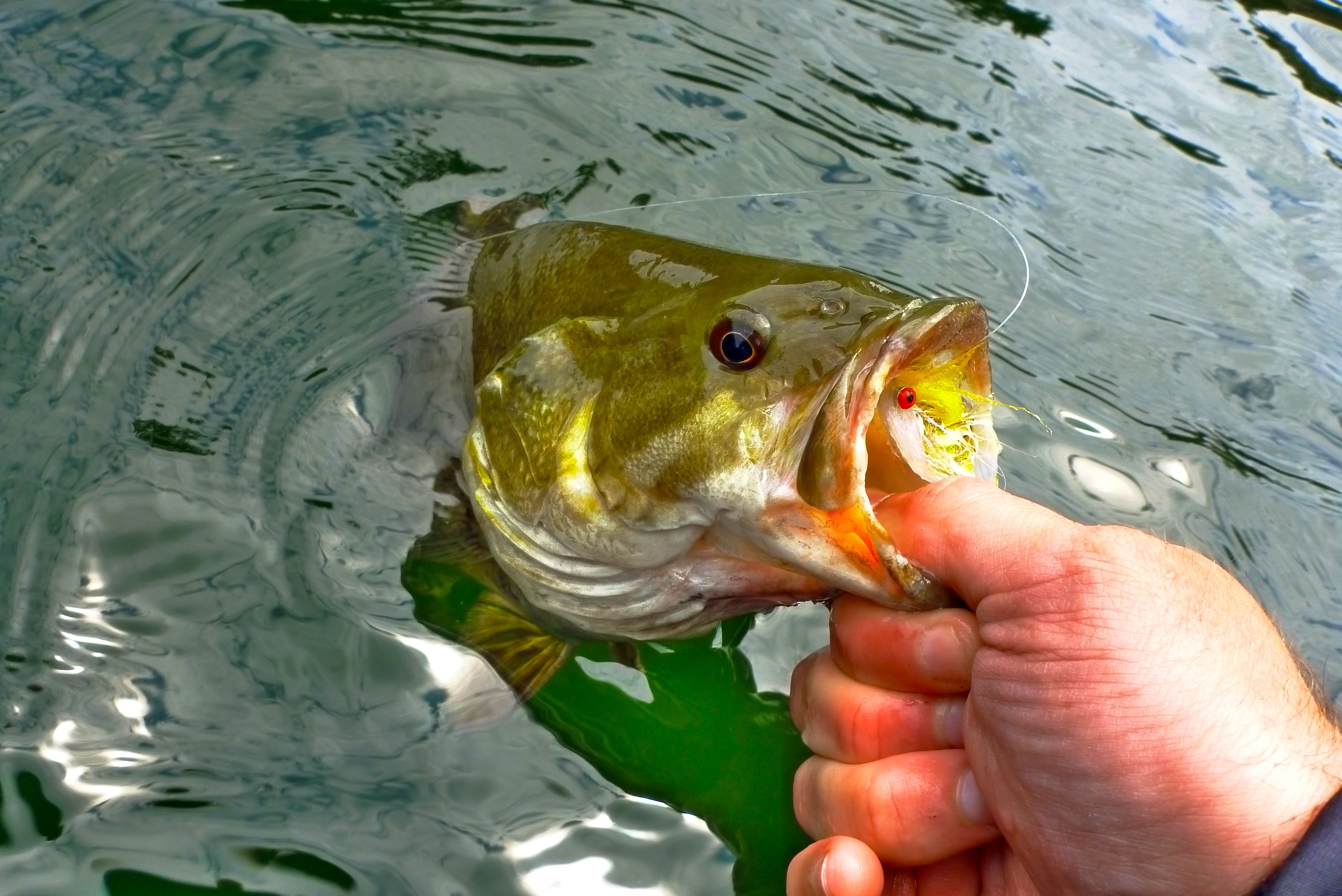 Closer to sea level, we’re continuing to do well with bass in the evening. In Whatcom, bigger smallmouth have been showing up in 15-20′ of water off the rocky drop offs. Largemouth lakes and ponds have been outstanding in the evening as the sun sinks into the horizon. Bass Poppers and Sliders in chartreuse, black or fire tiger fished very actively have been working well. If you’re not getting fish, change up your retrieve before switching fly patterns. I’ve caught a lot of fish chugging a popper across the surface at mach 10 although I generally favor a slower, more methodical approach. Ross Lake has been slower during the dog days of summer, but with cooler weather hopefully on its way next month, things should pick up. 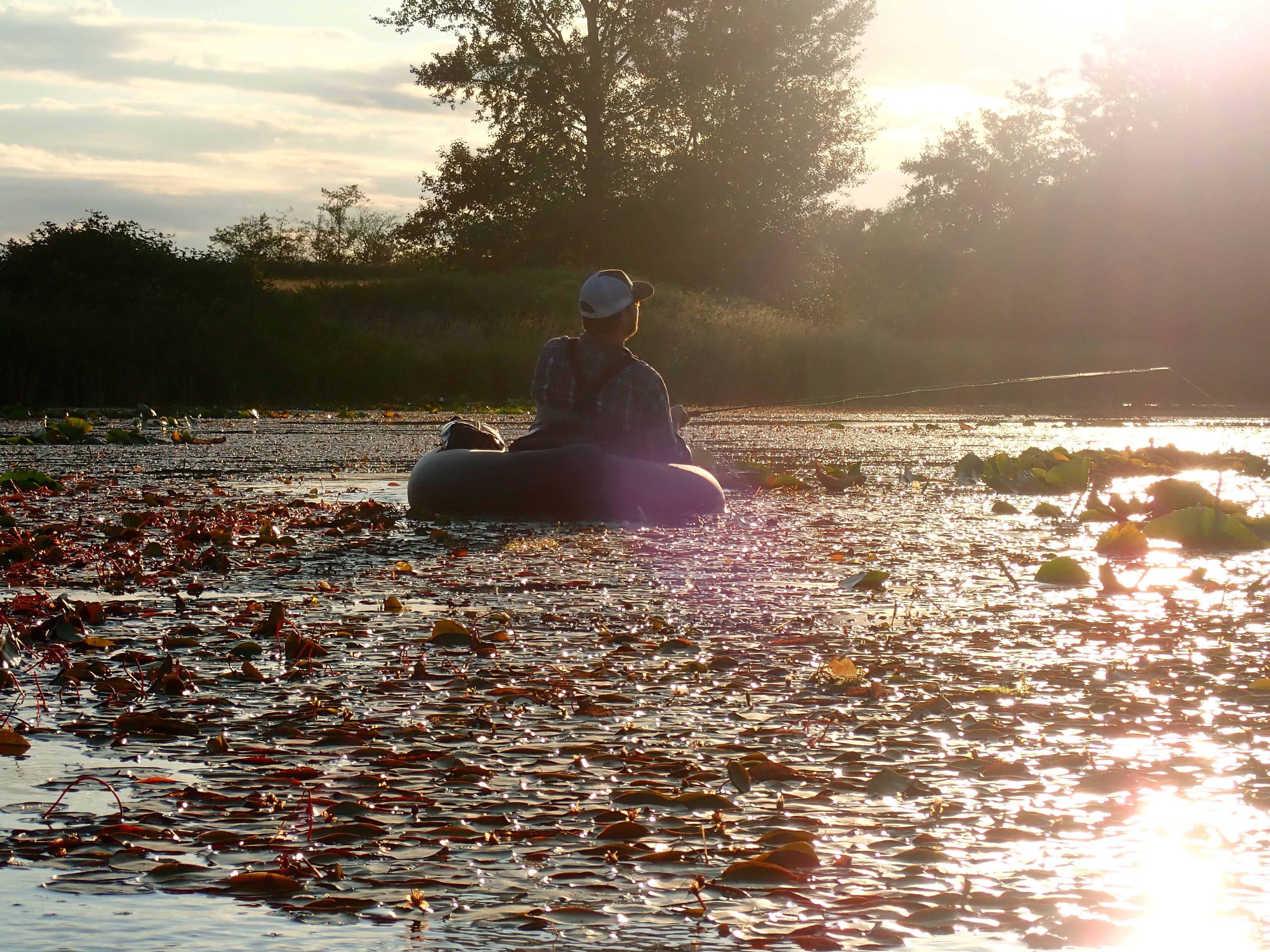 Salt
Are they here yet? Our much-awaited Puget Sound coho salmon season has us on pins and needles and this question rings out daily in the shop. If you check the WDFW Puget Sound creel reports, you’ll see that not much is coming our way. Most of the coho catch of late has been resident coho concentrated around Marine Area 10, with a few starting to show up off the beaches of Whidbey. The good news is that they’re fat and happy, with a large amount of bait hanging around this summer. Psychedelic Herring, Stinger Clousers, Craft Fur Clousers and Shock and Awes are the name of the game. Actually, distance casting and keeping your fly in the water and fishing as much as possible will catch you more coho than having the magic pattern. They are highly opportunistic feeders, but you have to have a fly in front of them. A stripping basket is indispensable for the beach fishery. If you don’t have one, we got them and you’ll want one for your next excursion. This fishery traditionally gets cracking right around Labor Day, so the wait should be almost over. We have some fantastic tides with good water movement through the end of August as well, so it’s not too early to get out and catch that first wave. 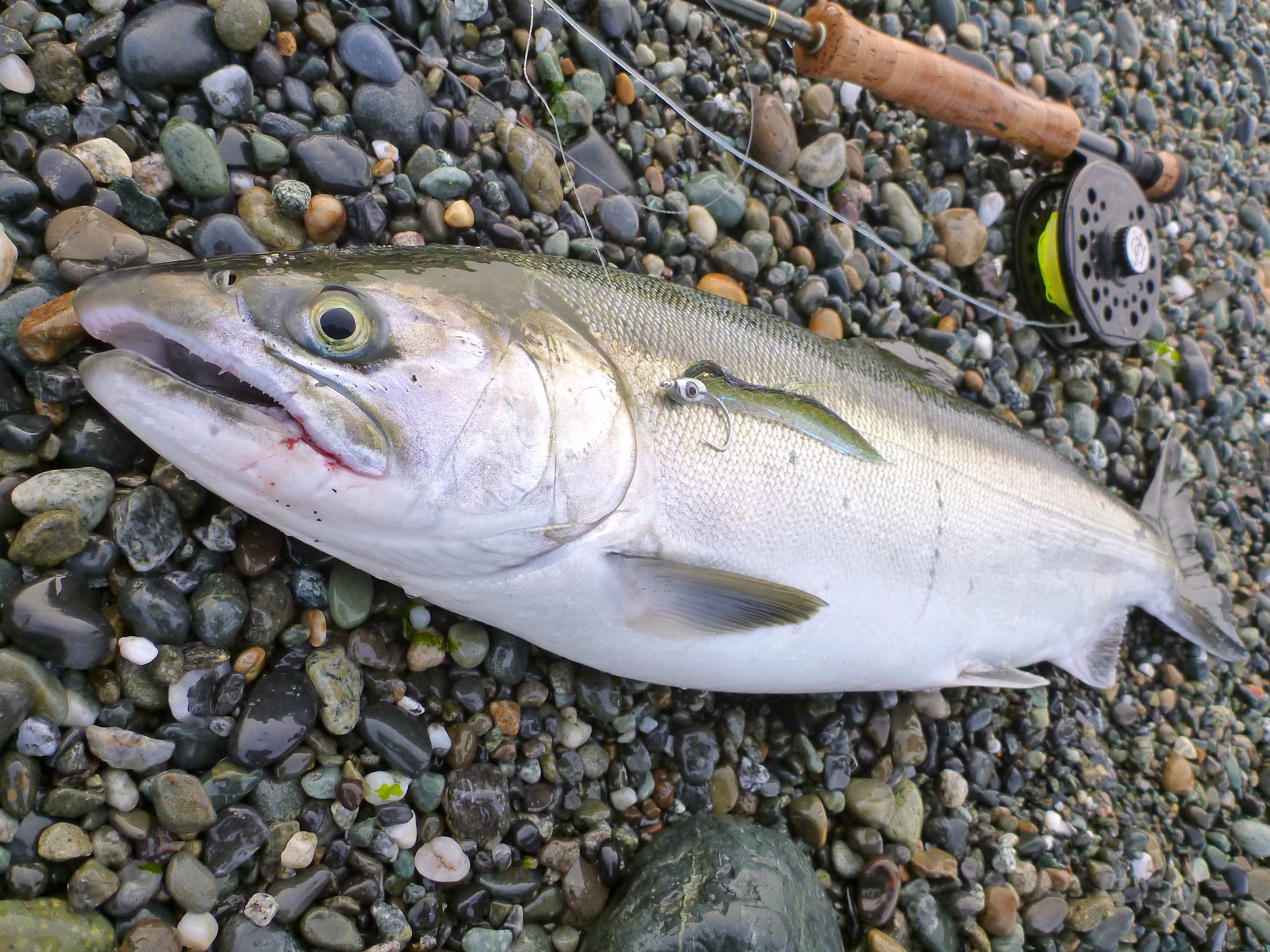