While still a few short days away from true Winter, it’s feeling particularly wintery in the North Sound these days. Frozen windshields, icy roads and an extra hot cup of coffee to begin the day is our December drill. It’s been a long and arduous wait since July, but we’re pleased to see some of our rivers reopening here in the near future and are excited at the prospects of a painfully short local winter steelhead season growing a little longer next year. Word on the water is that we’ll have a C&R season on the Skagit/Sauk in late winter/spring of 2018 provided the final details of the proposed management plan get hashed out. We’ll certainly continue to wander the stark, frozen banks of the Nooksack and other area rivers, peering into leafless trees at itinerant eagles, staving off numb fingers, frosty beards and hoping for one more tug in the twilight of a December day, but truth be told, spring is where it’s at. There’s something about swinging flies for steelhead when the salmonberry blossoms turn the understory pink, when the pungent skunk cabbage blooms in the wetlands and the deep drumming of ruffed grouse wings echoes along the riverbank. It’s all about being there as the world comes alive. Winter has its moments, but so often feels like something we put up with for a few months while awaiting greener pastures. Plan a tropical trip for blazing fast bonefish, go live in the rainforest for a week, be meticulous in your fly tying so you’re all ready for next year. Do what you need to do. In the meantime, we’ll bundle up, enjoy hot soup, look for those early steelhead and relish the more frequent bull trout, taking solace in the notion that we may hopefully have a little more to look forward to in the coming year. 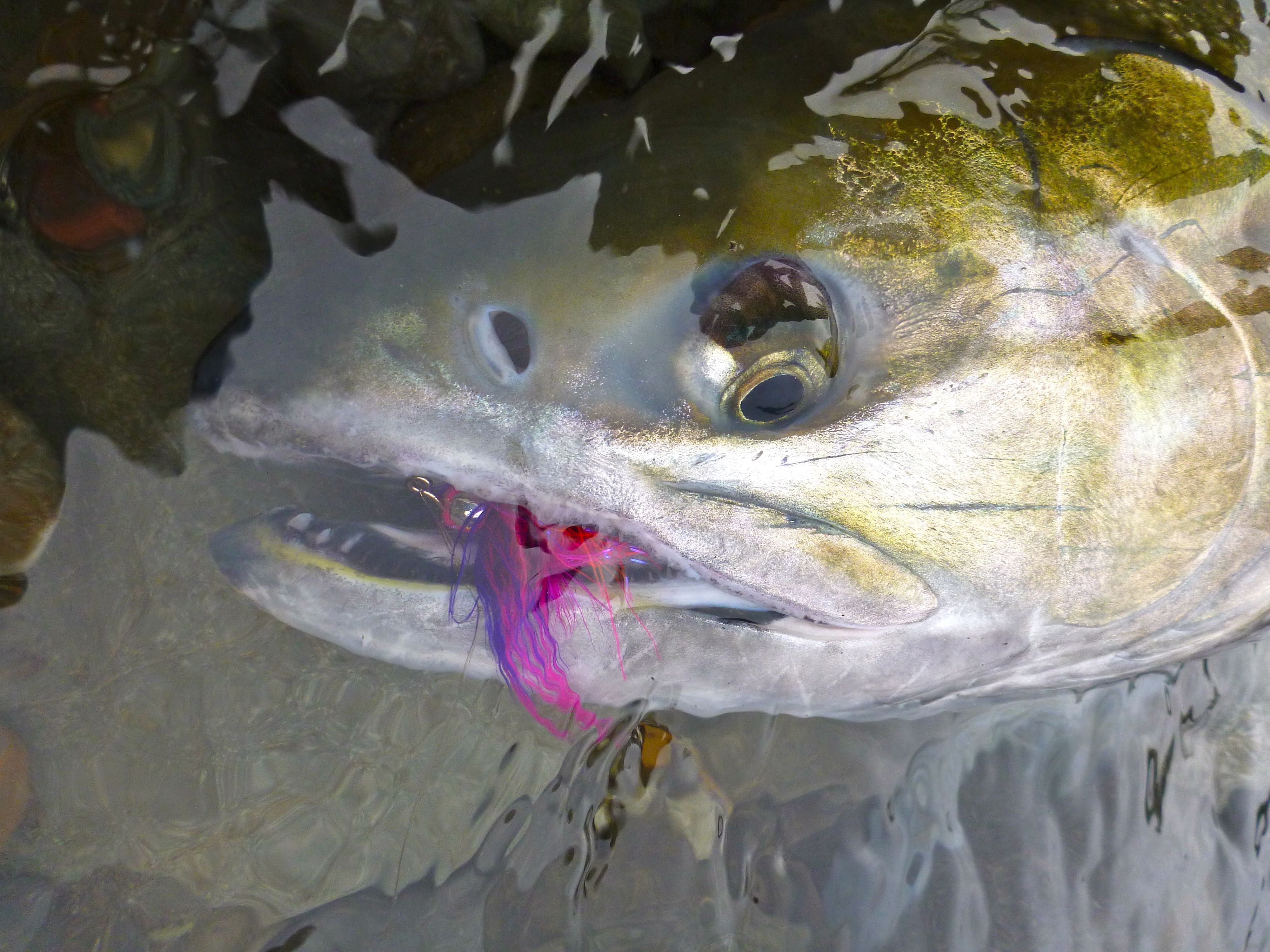 Rivers
After a major channel changing, lowland flooding, gully washer of a high water event, our rivers are finally shaping up. The NF Stilly reopened from French Creek to Swede Heaven Bridge on December 1st through the end of January. While only a 4-ish mile section of river, there’ve been reports of a few steelhead around, both lingering hatchery summer run and a few fresh winter fish. The Skykomish is in decent shape with some winter hatchery fish trickling in. It’s the same story on the NF Nooksack and Vedder north of the border. Remember that the Nooksack is closed to chum retention as the return was lighter than hoped for this year. It’s still open to fishing for other species but the chum will be winding down anyway over the next week or two. We’re really eager to fish the Skagit and Sauk once they reopen on December 16th. It is our king of rivers in the North Sound, with a possibly of some early wild winter steelhead and high probability of willing bull trout. Out on the Washington Coast, the Humptulips and Bogachiel are seeing pretty strong early hatchery returns, certainly worth the trip over should you wish to take a vacation from the hustle and bustle of holiday traffic. Small, bright patterns like the Caballero work well for early hatchery steelhead. Marabou Spiders, GP’s, Pick Yr Pockets and Starlight Leeches in a variety of colors from dark tones to fluorescent pink are good to have on hand. If targeting bull trout on the Skagit and Sauk later this month, egg patterns, trout beads, flesh flies, Split Decisions, Dali Lamas, sculpin patterns and of course just about any fly sucking on an egg is your go to. 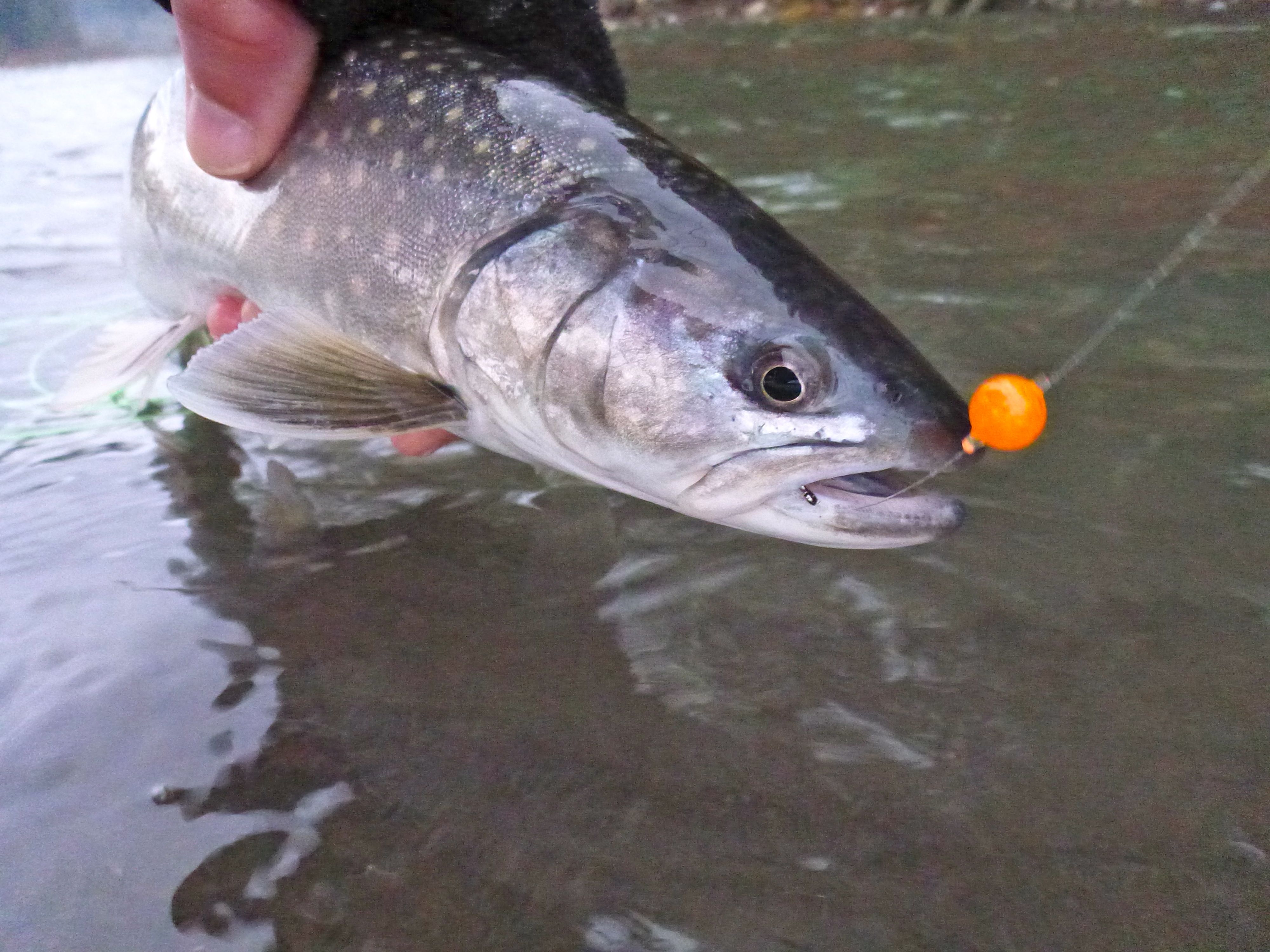 Salt
Winter is a lonely time for many on the salt but cutthroat fishing still persists through the cold months throughout the Sound. North Sound fishing is fairly lean this time of year for cutthroat as many are up in their natal rivers and streams for the winter. Your best cutthroat fishing will be deeper in the South Sound or in Hood Canal. White or olive Snot Darts, Sculpin Buggers and Marabou Clousers continue to work well. Puget Sound is fishable 365 days a year, so don’t rule out this option when the rivers are blown.