February can be a tough month in these parts, between multiple river closures and some pretty rugged winter weather, fishing opportunities are scarce. If you want it badly enough, there are options to be had and fish to be caught, from local year round stillwaters, to the Olympic Peninsula, to the Fraser Valley rivers in lower mainland BC, to the beaches of Puget Sound. February is a really great month to tie flies and get your boxes filled in anticipation of spring fisheries to come and maybe even some nicer weather. Nonetheless we are thankful it’s a short month. We had a great Confluence tying night at K2 last month and have another one coming up there on March 1st. You’ll definitely want to make that one if you missed the last-fun atmosphere and great beer! We also have the Fly Fishing Film Tour to look forward to on April 5th, co-hosted once again by the Confluence Fly Shop and North Sound Trout Unlimited. If you’ve never been, it’s a super great event with awesome fly fishing films from around the world and a stellar raffle during intermission to raise funds for North Sound TU’s local conservation efforts. We should have tickets available at the Confluence in another week or so, or you can get them online at the Lincoln Theatre box office. As you may have seen, the ground hog saw his shadow earlier this month, foretelling an extra few weeks of winter in an already abundantly wet season. Fear not, we know the clouds will eventually part, sunshine will stream radiantly from above and we’ll all be in our element once again, rather than simply struggling to exist within the elements. Spoiler alert, we are also planning a hosted trip to Christmas Island next February, so if you’d like to join in on the fun and break free from another soggy Northwest winter for a week in 2019, we’ll have more information forthcoming. 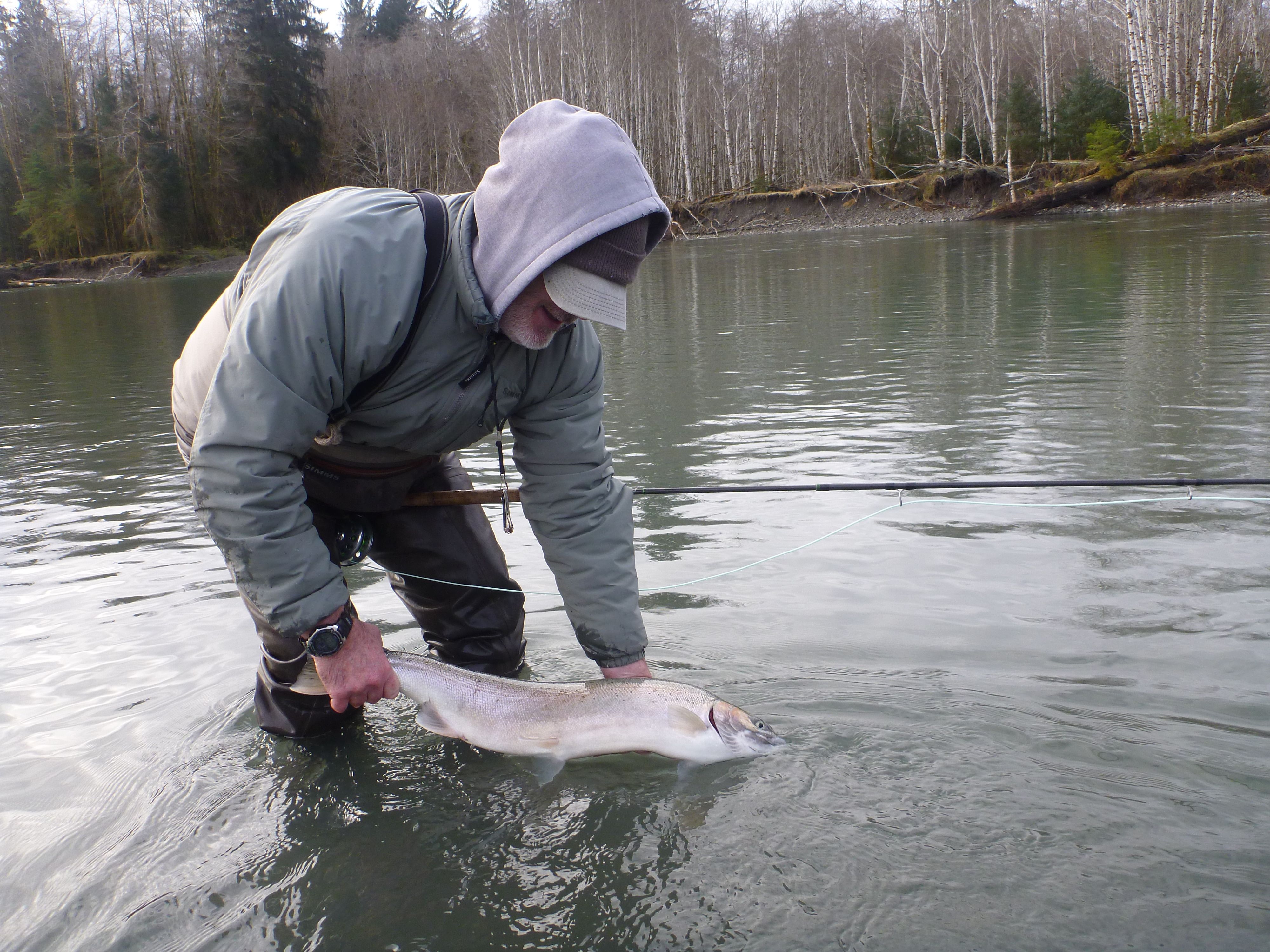 Rivers
Well, most of our Puget Sound river fisheries have wrapped up for the time being. We still have terminal area fisheries to enjoy on the North Fork Nooksack (up to Maple Creek), Skykomish (Big Eddy to the forks) and a short section of the Snoqualmie below the falls through February 15th. Thanks to all who attended the WDFW’s Proposed Skagit Fishery meeting in Sedro Woolley last month. It’s important to make your voice heard and advocate for both fish and fisheries. The general consensus was that the meeting was a disappointment and despite our cautious optimism, the potential Skagit spring catch and release fishery remains in limbo for the time being. Hatchery steelhead made a pretty strong appearance this year and there are still a few around, with a mix of wild fish showing up before the rivers blew out. Rivers are dropping this week and with any luck, we’ll experience a few more fishable days before the closure. Fishing has been decent in the coastal rivers of the Olympic Peninsula when the water is in shape and we’ve been hearing reports of steelhead caught in the Vedder River north of the border as well. Late February and early March is a fine time to plan a trip to these rivers and get your swing fix for a few days. We just got a big shipment of sexy new steelhead flies in, so be sure to drop by the Confluence to stock up prior to your next adventure. 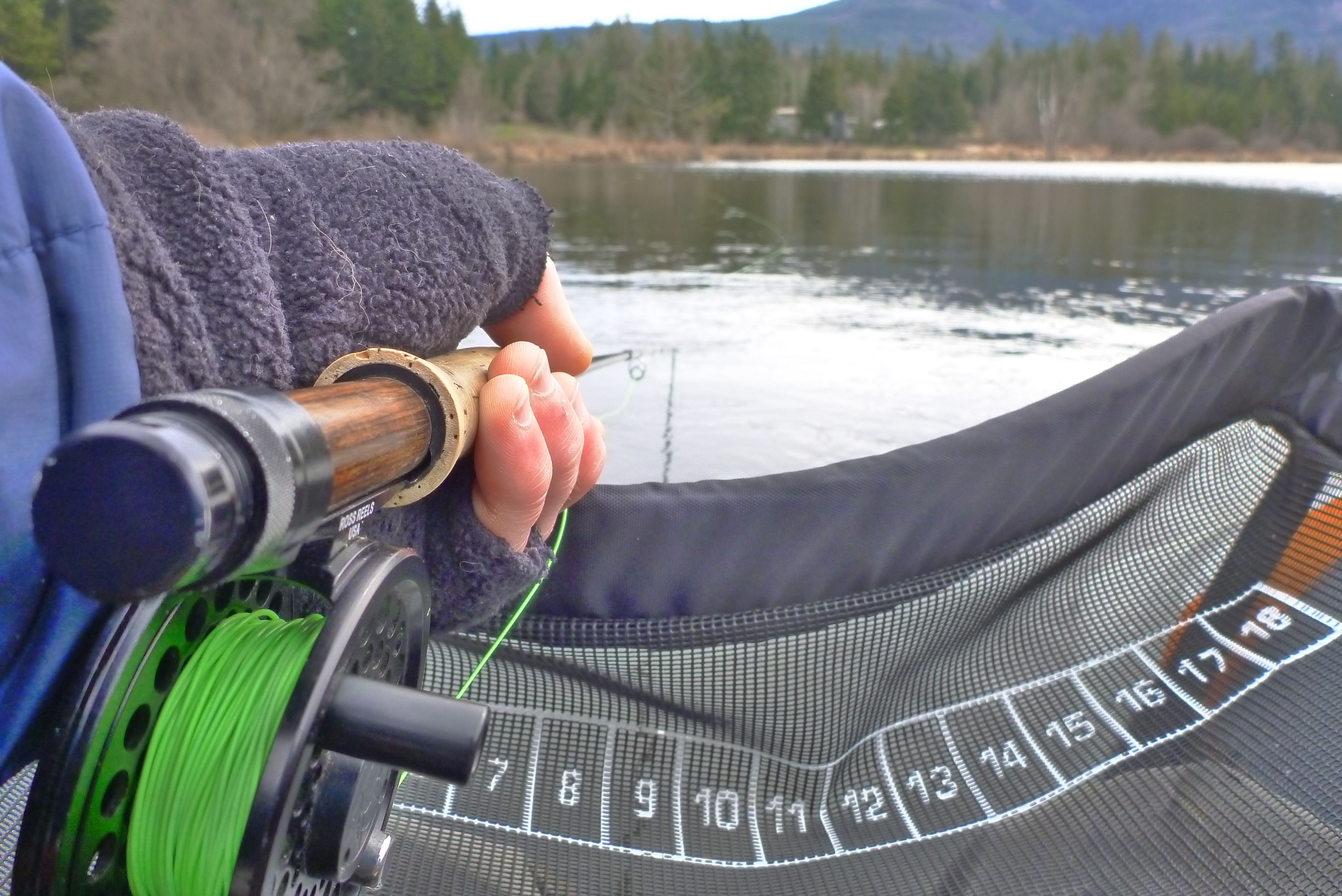 Lakes
February is far from being our favorite month to venture out on our local stillwaters, but you can and will find a few trout during the dog days of winter. Though exceedingly wet out there, the temperatures have been a little warmer than usual. Take advantage of your weather windows to hit year round lakes like Pass, Squalicum or Grandy and get your trout fix. Chironomids typically begin hatching in late February and early March most years and you can find surprisingly good fishing. Right now, trout staples consist of bloodworms (chironomid larvae), leeches and forage fish like shiners until the bigger hatches of Spring get underway. 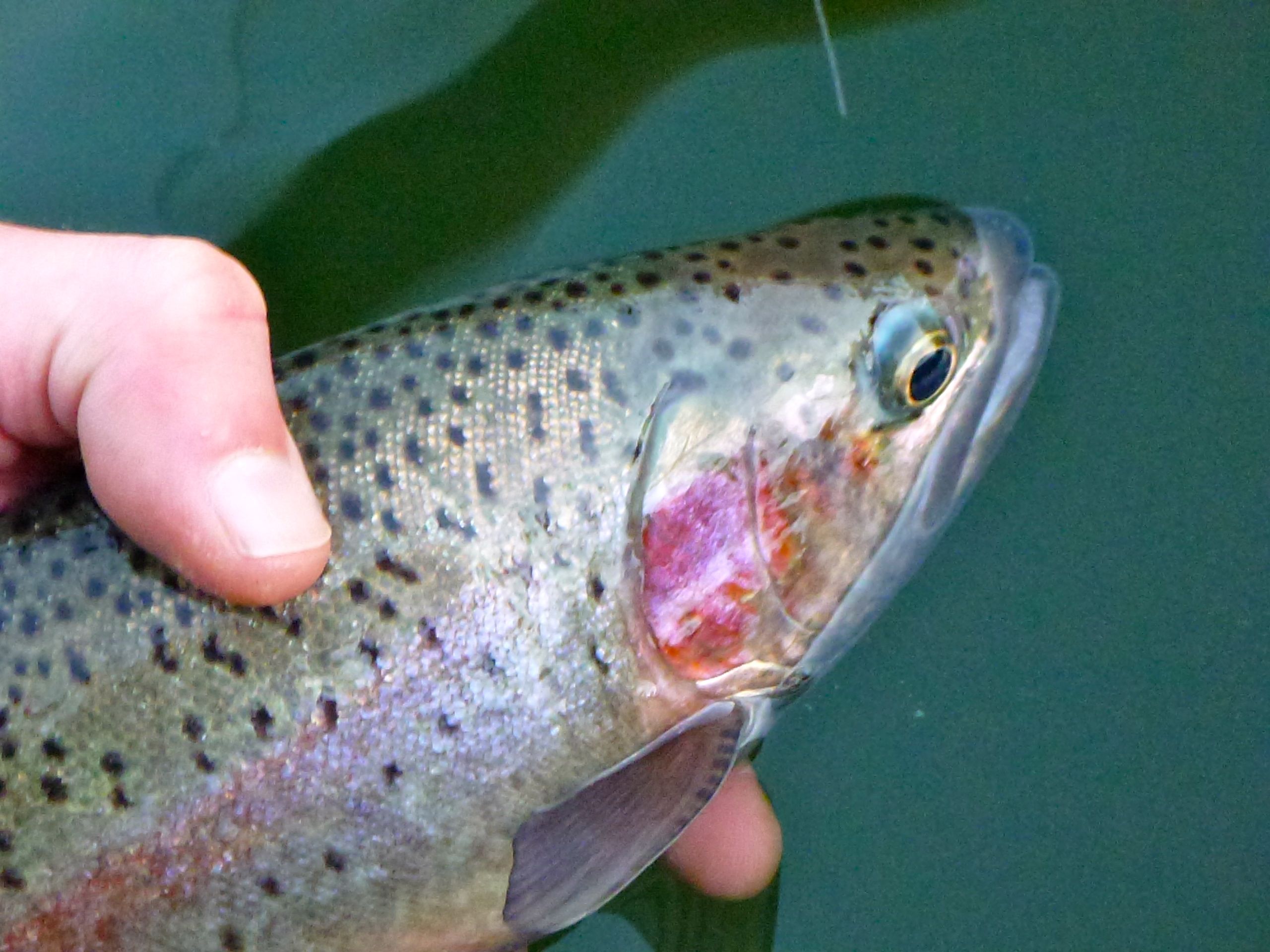 Salt
One of the nice things about Puget Sound is that it’s relatively temperature stable throughout the year and you can find actively feeding fish in any given month. Hood Canal and the deep South Sound have been fishing pretty well for sea run cutthroat and there are a lot of resident coho in the 10-15″ range roaming the South Sound as well. In the North Sound, we are finding the odd sea run bull trout around Skagit Bay and even a few sea run cutthroat. Sea Run Buggers, White Conehead Squid, Gray/White Clousers are good cutthroat patterns with larger smelt-imitating flies like Deceivers and Stinger Clousers attracting sea run bull trout. We are still several weeks away from seeing the beginning of our chum fry outmigration in Hood Canal and a little later in the rest of the Sound. If you’ve never experienced this fishery, it is one of the most exciting times to fish cutthroat in the Sound and well worth planning a trip. 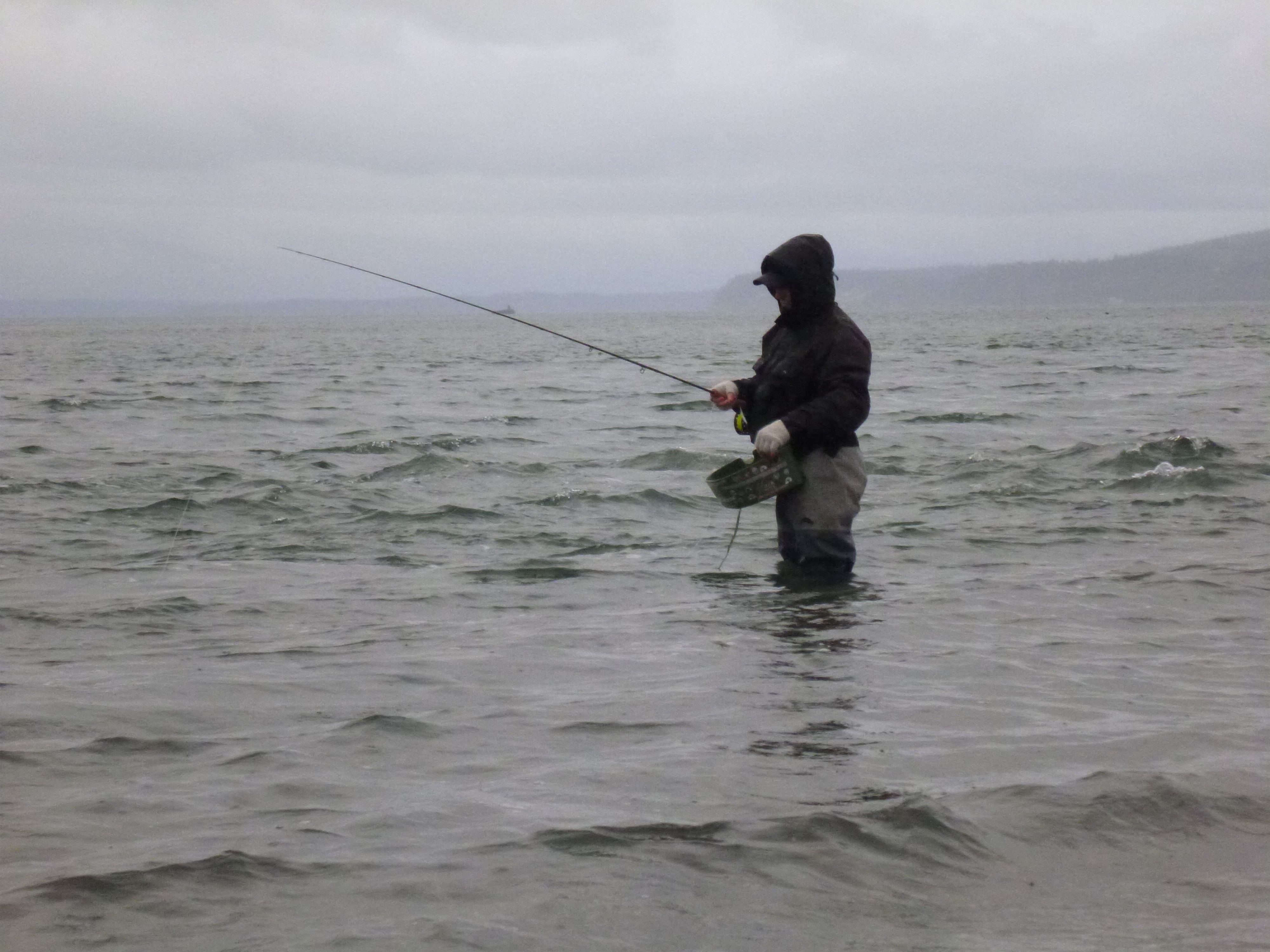