Howdy folks, it’s February and boy does it feel like it. We hope you’re staying warm and healthy and finding some time to fish or stock the fly boxes for the warmer months to come. For me, there are times when my fishing feels largely governed by stubbornness, a refusal to concede to the elements mixed with an insatiable desire to make something difficult come to fruition. Fish are cold blooded creatures, and like us can get a little lethargic and unmotivated when the mercury plummets. While winter fly fishing, particularly for steelhead, can be challenging, when your line comes alive and you feel a big silvery body dancing in the current on the other end, you quickly forget the woes of frozen fingers and toes, lack of sleep and mental exhaustion. Most goals are attainable however, and if you put yourself into it often enough it’ll eventually happen. My goal these days is one wild winter steelhead in a Puget Sound river before they close. After 14 days of very little activity, I was beginning to wonder if it’d happen this year. Three wild steelhead later I’ve all but forgotten what it feels like to get perpetually skunked. Something tells me I will be reminded again very soon.

It’s a good time to get your gear prepped and organized before the meat of the fishing season begins for most. If you have reels that need servicing or rods that need repair, send them in yesterday. With the pandemic everything is taking a lot longer than it usually does. Likewise, if there’s a product you need ordered, give us plenty of lead time as a lot of things have been backordered of late. It’s nice to see vaccinations happening and some forward progress being made on the Covid front. With any luck, perhaps next winter we can safely escape to warmer climes for a week or two when it’s still unbearable nasty in the Northwest. It’s always nice to have something to look forward to. If you just can’t bring yourself to stand knee deep in a frosty river or break the shoreline ice to set out on the lake, we’re excited to announce that the F3T is coming right up. While it won’t be the usual fanfare and mega-raffle production you’re used to enjoying at the Lincoln Theatre, there’s a virtual option on the near horizon for this year’s films that you can groove on and party to solo in the comfort of your own home. I can all but guarantee it’ll be far more exciting to watch than this year’s Super Bowl. Check out the details later in the newsletter.

Stay safe, stay healthy, stay connected to what you love and may 2021 be your fishiest year yet! 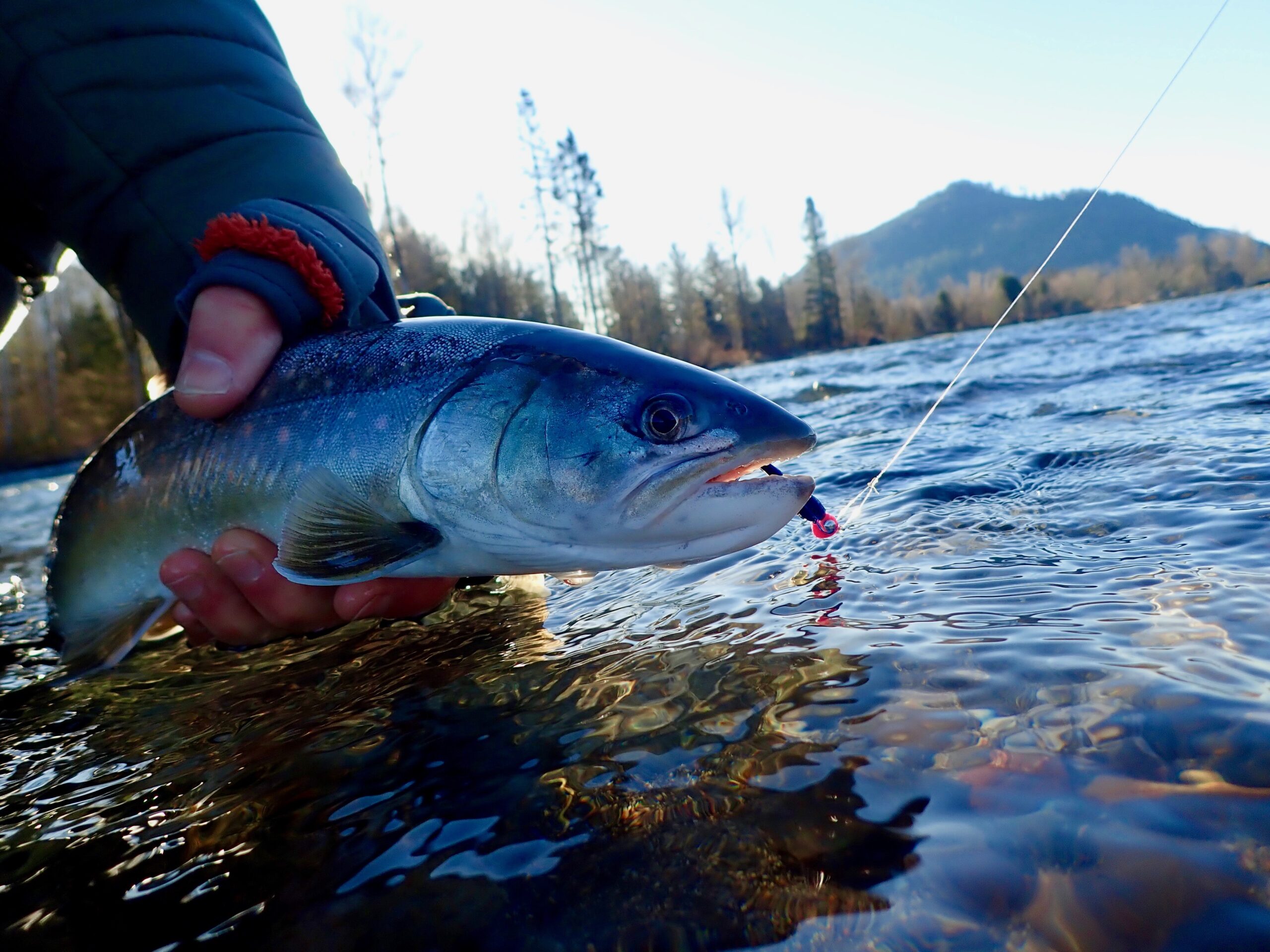 Rivers
The best of news is that the Skagit and Sauk are open for a catch and release steelhead season this year. The Skagit is open from the Dalles Bridge in Concrete to the Cascade River Road Bridge in Marblemount and the Sauk from the mouth to the Darrington Bridge. Be aware both rivers are open Saturday through Tuesday through April 13th. They will be closed Wednesday through Friday. With a forecast of roughly 4300 steelhead this year is far from a banner return, but it’s something. Folks have been finding wild steelhead here and there since the beginning of the month. The last little portion of the NF Nooksack closes February 15th. The Olympic Peninsula rivers are mostly open as well, though projected returns are low on most rivers and there are emergency conservation rules in effect as well.

With the combination of more people fishing and fewer open options compared to 20 years ago, it seems busier and more challenging than ever. Don’t be afraid to fish outside the box. Most fly fishers clamor to fish the classic runs, inside bends and tantalizing seams. Remind yourself that it takes relatively little space to contain even a pretty large steelhead. As pressure mounts, fish often move into small pockets and little soft water buckets outside of the limelight. The steelhead I’ve caught this year have mostly been in water a lot of people would have walked right on by. I just got tired of waking up earlier and earlier to try to be the first rig at the access point. As for flies, any of your favorites will do, generally adhering to the dirty water big fly, low and clear water small fly principal. When you pick a fly out of the box on a busy river, try to imagine what everyone else might be fishing and get creative to show the fish something a little different. Many people would be shocked to see how many steelhead eat drab olive sculpin flies in the spring. It’s not always the kaleidoscope of day glow colors that gets bitten. 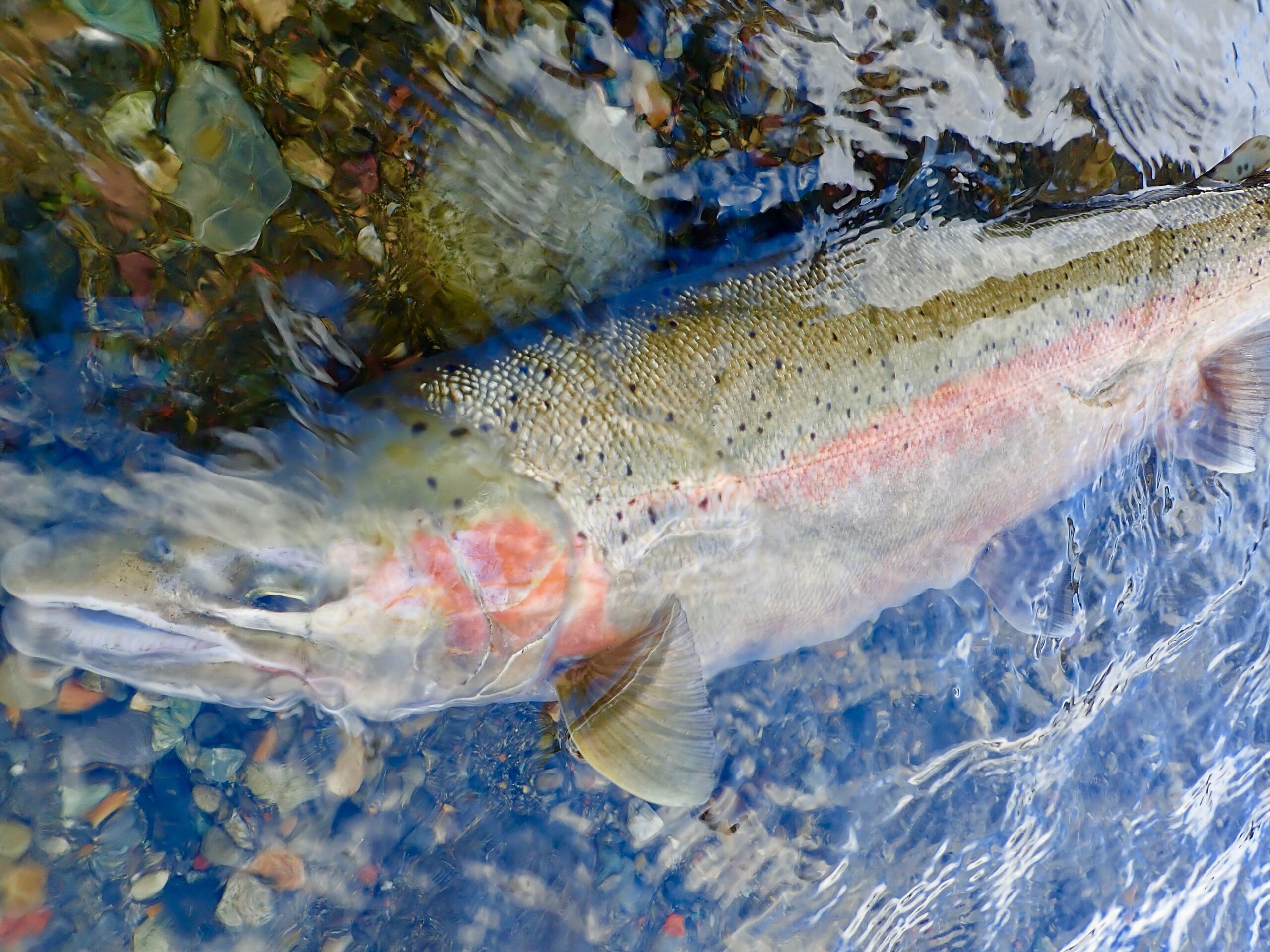 Lakes
February often has a week or two where the sun begins to show itself and it feels unseasonably warm. Of course, that is not this week but keep an eye out down the road. In our year round quality lakes like Pass and Lone, we often see chironomid larva (aka bloodworms) begin to get active and stage in preparation for the spring chironomid hatches. Trout know this and go rooting around the bottom substrate to feed on these wriggling red worms. Firebead worms, Atomic worms, San Juans in red, pink or purple fished near the bottom can be really effective, especially towards the latter half of February. We’ve had some decent reports coming from Pass over the last month. Last year, toward the end of February I had a memorable day on Lone, with a #14 reddish brown chironomid hatching throughout the afternoon and even fish taking pupae in the surface film with lots of fish to hand. March will be here before you know and things should really get hopping on the lake front. 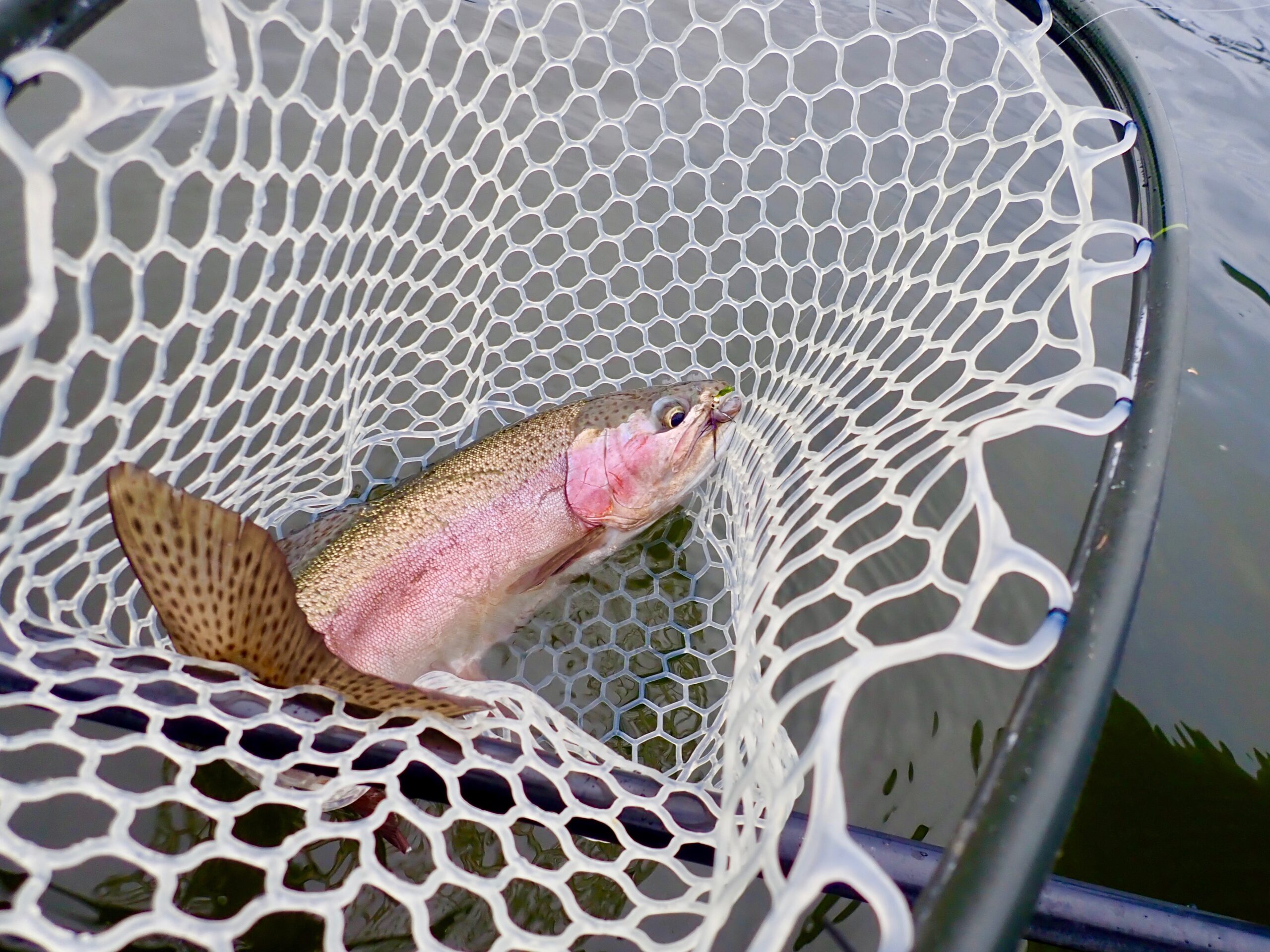 Beaches
It’s been pretty slow in the North Sound. Look for early chum fry to begin popping up in Hood Canal in late February for some hungry sea run cutthroat action and for sea run bull trout and cutthroat fishing to improve around Skagit Bay is we get into March and April.