Happy New Year from the Confluence Fly Shop! We’ve made it through another successful season thanks to your help and patronage. We truly love our customers and are fortunate to live in a community that supports local business. We are looking forward to 2018 and hope to see our fishing opportunity grow a little from the past few seasons. Let’s keep our fingers crossed for a Skagit steelhead fishery this spring. WDFW and NOAA are working to get this fishery open again though the timing is uncertain. WDFW has a public comment meeting on January 16th in Sedro Woolley to gather ideas around how to manage and set regulations for this fishery. We err on the side of a conservative management strategy that will ensure the long-term health of the fishery along with the longest season possible. If you’re interested in attending and want to consider carpooling with several of us, email scott@theconfluenceflyshop.com and we’ll help coordinate. We are really pushing for more fishing opportunity closer to home and a long term plan that will provide sustainable opportunity for generations to come. The road trips are fun and memorable, navigating icy asphalt on harrowing curvy highways, camp kits and firewood shifting in the truck bed, awaiting that first long anticipated step into a primordial coastal rainforest to begin a multi day search for the elusive winter steelhead. We love it and look forward to it, sometimes regretfully, knowing these adventures are often fewer and farther between than we’d like them to be. There’s something about fishing the waters in your backyard and sharing a level of intimacy with them that’s much more difficult to attain with those rivers further afoot. The rocks move around, the channels change, things look a little different than a year or two ago, but there’s a gentle nagging familiarity like keeping up with an old friend that always brings us back. Yep, let’s hope we get another chance to stay in touch with our local waters this season. Right now it’s pretty cold outside. We often joke around here that Western Washington June is like January (Junuary). If that’s the case, January is just January: chilly, unforgiving, perpetually balancing that uncomfortable tight rope between rain and snow. It’s hard to get motivated to get out there some days, slow to get out of bed and bundle up for the few short hours of daylight on the water, knowing that the fish too will so often be slow to come to your well-presented fly. We’re still quite content when we step away from the radiant heat of a dashboard, chisel the crusty ice off the wading boots we forgot to stow in the garage and walk briskly to the river. We heard somebody found a wild steelhead, perhaps a few late coho or had a really good day catching bull trout. The itch is there again and we do our best to scratch it. There’s fishing to be had if you’re willing to put up with the weather. If not, it’s a fine time to find someplace warm a tad closer to the equator and wrangle some exotic fish in an exotic place to make the rest of us jealous. The New Year goes hand in hand with making resolutions. Make sure you reserve at least a few of yours for your fly fishing life, be it to fish more (never a bad thing), learn something new, take up fly tying, catch a new fish, check out a new place…any or all of the above. You won’t regret it. 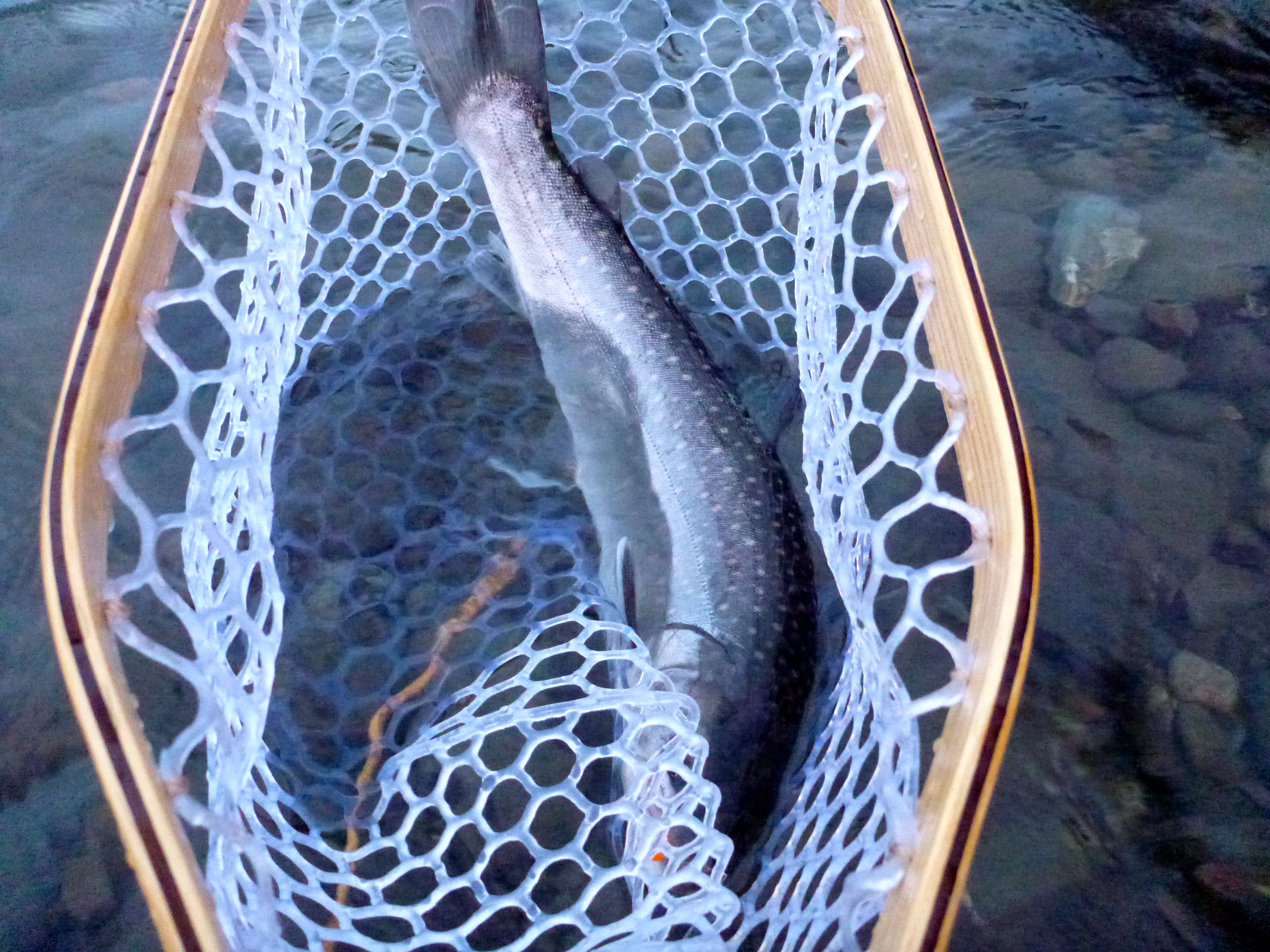 Rivers
Our mainstays of late have been the Skagit and Nooksack. Both are producing a fair number of bull trout, with the odd winter steelhead in the mix. The Nooksack hatchery steelhead return has proven better than average this season and the river has actually remained open thus far through its entire short season. The hatchery steelhead tend to boogey up the North Fork pretty quickly, but will dally in the mainstem at times, particularly when the water’s low and cold. It’s been busy out there around the holidays but folks are finding fish. There are some beautiful swing runs on the Nooksack after our fall flood events. Find them where you can and enjoy the solitude and anticipation of a hook up when it’s there, but don’t overlook the riffles and obscure little pockets. Steelhead can show up in some pretty tight spots, particularly on the Nooksack and especially when it’s seeing some traffic. The Skagit has remained in shape above the Sauk for the most part and is clearing up below the Sauk and Baker too at the moment. We haven’t heard too many steelhead reports from the Skagit and Sauk but would expect some early wild fish to be in the river. The bull trout fishing has been pretty decent. You’ll often find them in pods so move around. You’ll fish the juiciest stretch of water with nary a grab, then find yourself on a second rate flat at some point in the day just teeming with char. They are where they are, but look particularly for slower inside seams and at the heads and tailouts of classic runs. Afternoon has been more productive than morning for us with the mercury hovering around freezing through much of the day. The biggest surprise of late has been the number of fly caught Atlantic Salmon in the Skagit system over the last several weeks. These are escaped fish from the Cypress Island pens earlier this year and have made themselves at home throughout the river. These fish are pretty unmistakable with large irregular spotting on their gill plates as in the fish photo courtesy of Aaron Johnson, which was caught recently on the Skagit. 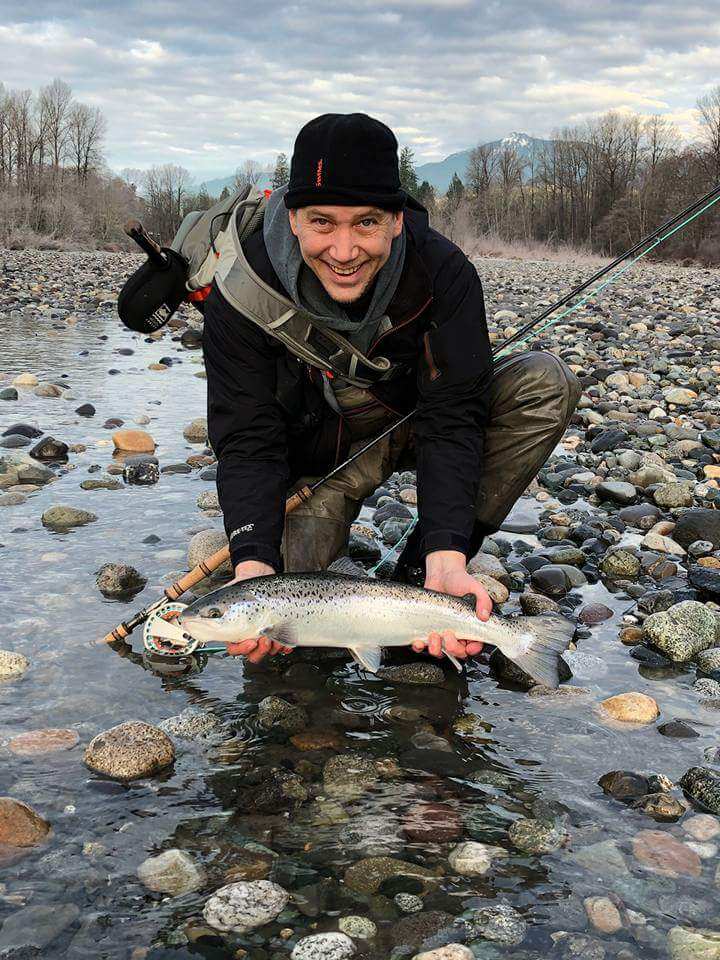 If you get one, be sure to report it to the Wild Fish Conservancy using the following process as they are gathering more data on these invasive species. We’d like to tell you there’s a hot fly pattern out there but folks are picking them up on whatever they happen to be tossing for steelhead and bull trout. Black or pink Hohbo Speys, Egg-Sucking Leeches and Intruders in a variety of colors and fashions have been productive. The Atlantics appear to be showing in the same proven water you’d be swinging for other species in and are distributed throughout the river, from Hamilton to waters above the Sauk. For winter bull trout in our local waters Egg Sucking Leeches, Articulated Egg Sucking Leeches, Flesh Flies, White Zonkers, White or Olive Sculpzillas, Black or Purple Articulated Marabou Leeches and Dali Llamas have been working in addition to single egg patterns. On a side note, we are dismayed to report that a few of our customers have had their rigs broken into along the Skagit near Rockport while fishing. Don’t leave any valuables in your vehicle and if you see any suspicious activity, report it to the authorities. Beyond Whatcom and Skagit Counties, the Olympic Peninsula fisheries have been off to a strong start with a lot of hatchery fish returning this year and some big wild winter steelhead beginning to show. The Vedder is also seeing a few hatchery fish and if you can stomach the cold, the Squamish and Cheakamus are kicking out some impressive bull trout right now too. 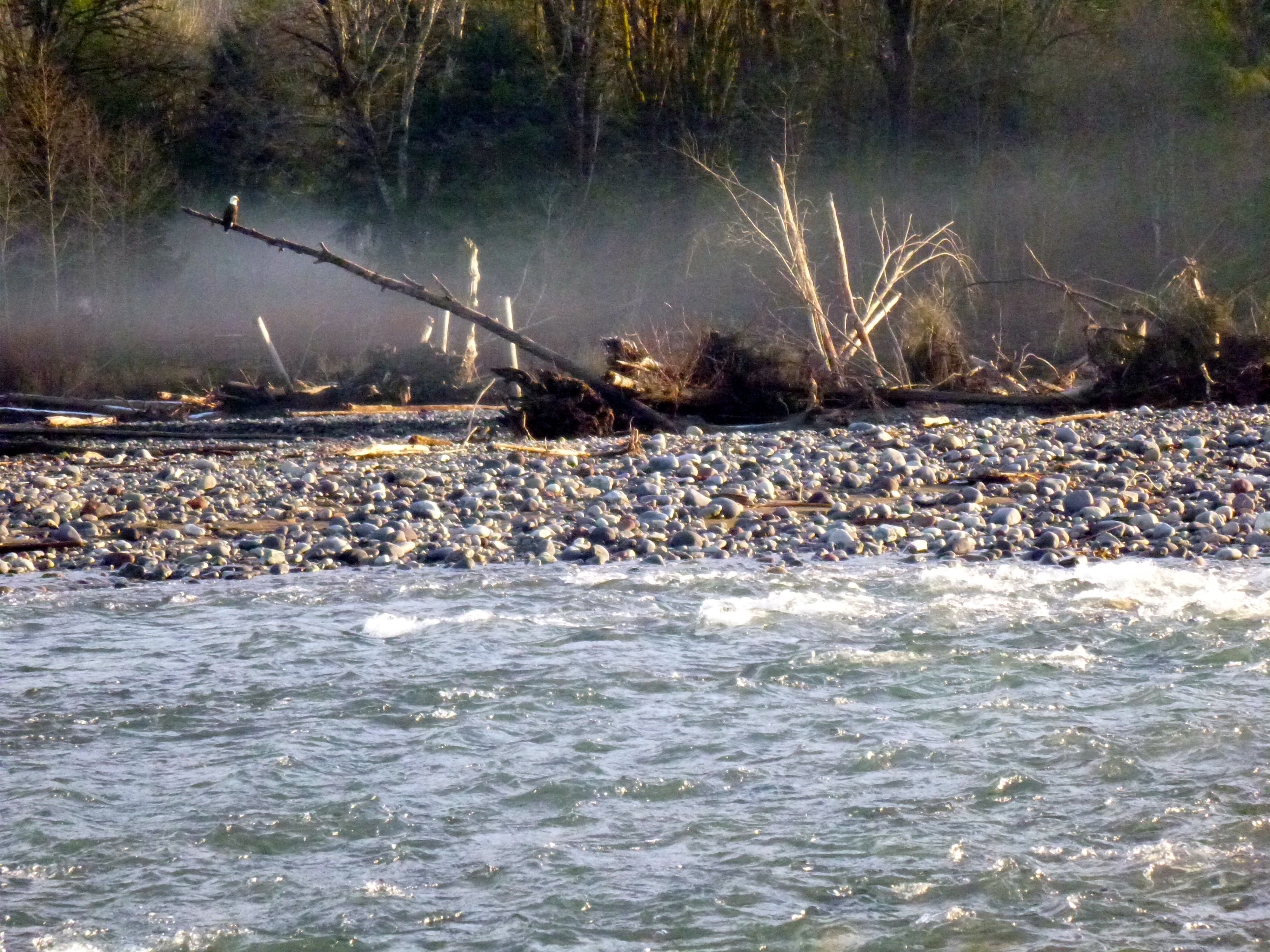 Salt
Though winter can be a slower time for fishing the North Sound, we are seeing some sea run bull trout around Whidbey and Camano Islands, with the odd resident coho and shaker blackmouth showing up here and there. Surf smelt are in, so your bigger white Deceivers, Olive/White Clousers and Psychedelic Herring flies should be in play. Two advantages of hitting a local beach this time of year are the notable lack of crowds and you generally don’t have to deal with your guides freezing up in the saltwater. If you go with a guide, he/she may freeze up while on the water, but you will likely find a few fish in the process. 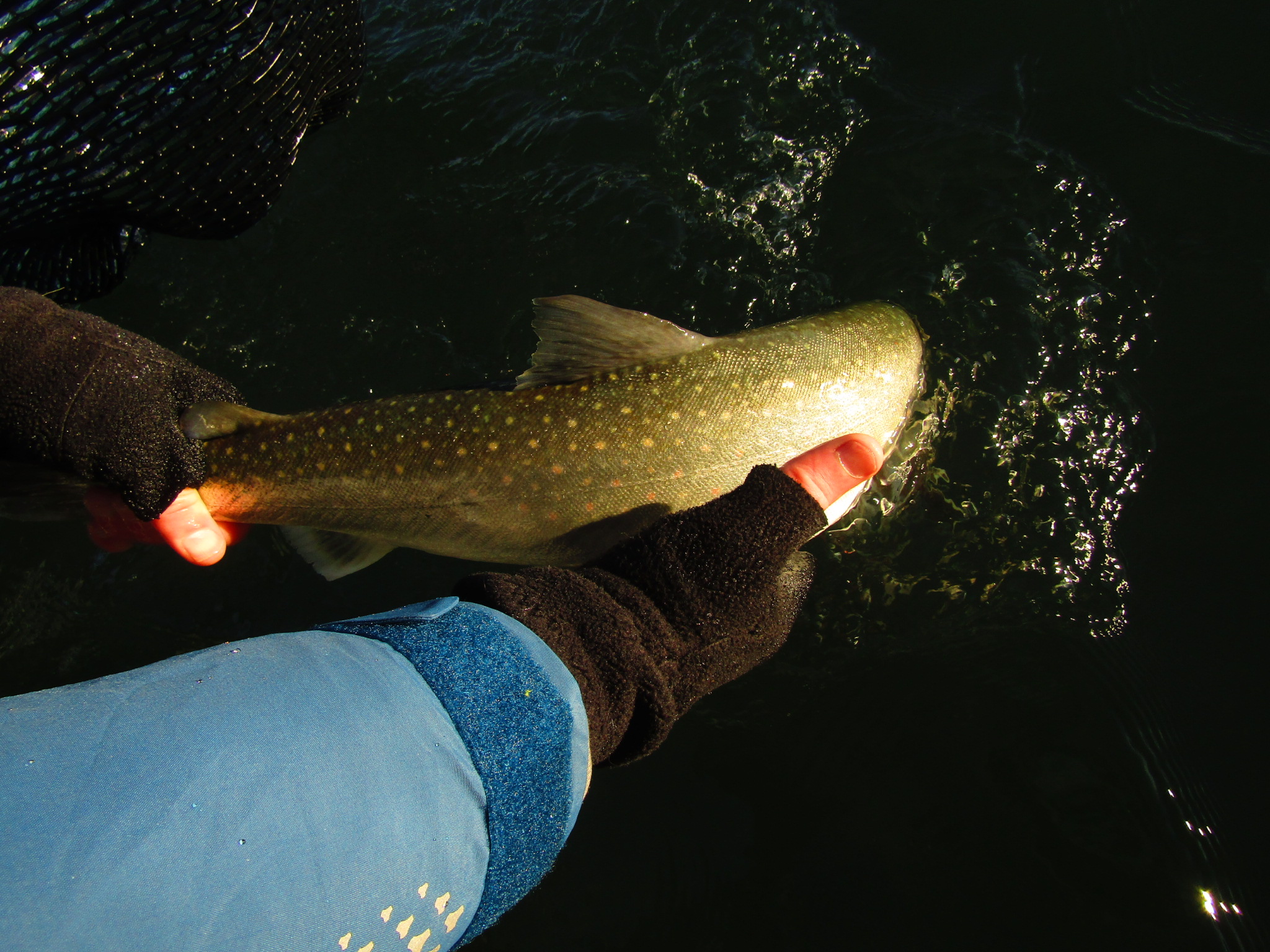