Just when you begin to think spring is right around the corner, we get blanketed in wet snow and chilled by the frosty bite of a harsh north wind. Nonetheless, there appear to be signs of life out there. Pretty much all of our local Washington rivers are done for the season, and as is often the case, they had a few nice wild fish showing up on cue before they closed. Every year the end of our short winter steelhead season in Puget Sound feels more and more abrupt. We get questions daily on the status of a proposed Skagit opener but to be honest, there’s not a whole heck of a lot of real news out there other than it isn’t open at the moment. We’re also seeing a lot of conservation group bashing on the old internet these days. As always, be informed, be open-minded and make the personal decisions you need to make as far as where you stand. It’s an increasingly difficult balance to weigh our personal needs as anglers to have water to fish but also do right by the fish we so desire to pursue. The Skagit management plan has some flaws that need to be addressed and while we’d jump at the opportunity to wet a line in its swift and fabled emerald waters, we feel it’s worth the wait to get it right the first time and we applaud those who are making the effort to do so. At the risk of polarizing anyone, it’s an opinion worth stating. We all know what they say about opinions right? For the moment, we’re biding our time between year round lakes, North Sound beaches and day-tripping across the border to fish the open winter/spring steelhead rivers of BC. We’d be lying if we said the fishing has been off the hook, but as always, fishing is fishing and it’s much nicer to be on the water than doing just about anything else. And we’re getting a few nice fish while we’re at it. We’ve got some fun stuff coming up like the 2018 Fly Fishing Film Tour at the Lincoln Theatre in Mount Vernon in April and a first ever F3T Pre Funk happening at K2 later this month. We are also pinning down a Saturday in early May for our annual Confluence BBQ at the shop. So keep tying your flies, enjoy a cold but sunny day on the water and brace yourself for what is for many, the beginning of another fishing season (not that we think it ever really ends). March can be a lot of things but traditionally we experience a noticeable pick up in our fisheries from BC steelhead and bull trout to the OP rivers, to our local lakes and beaches. The weather is perking up and the sun is shining at least some of the time. Those are the days when the pull to be on the water is strong. Don’t resist the pull when time allows. 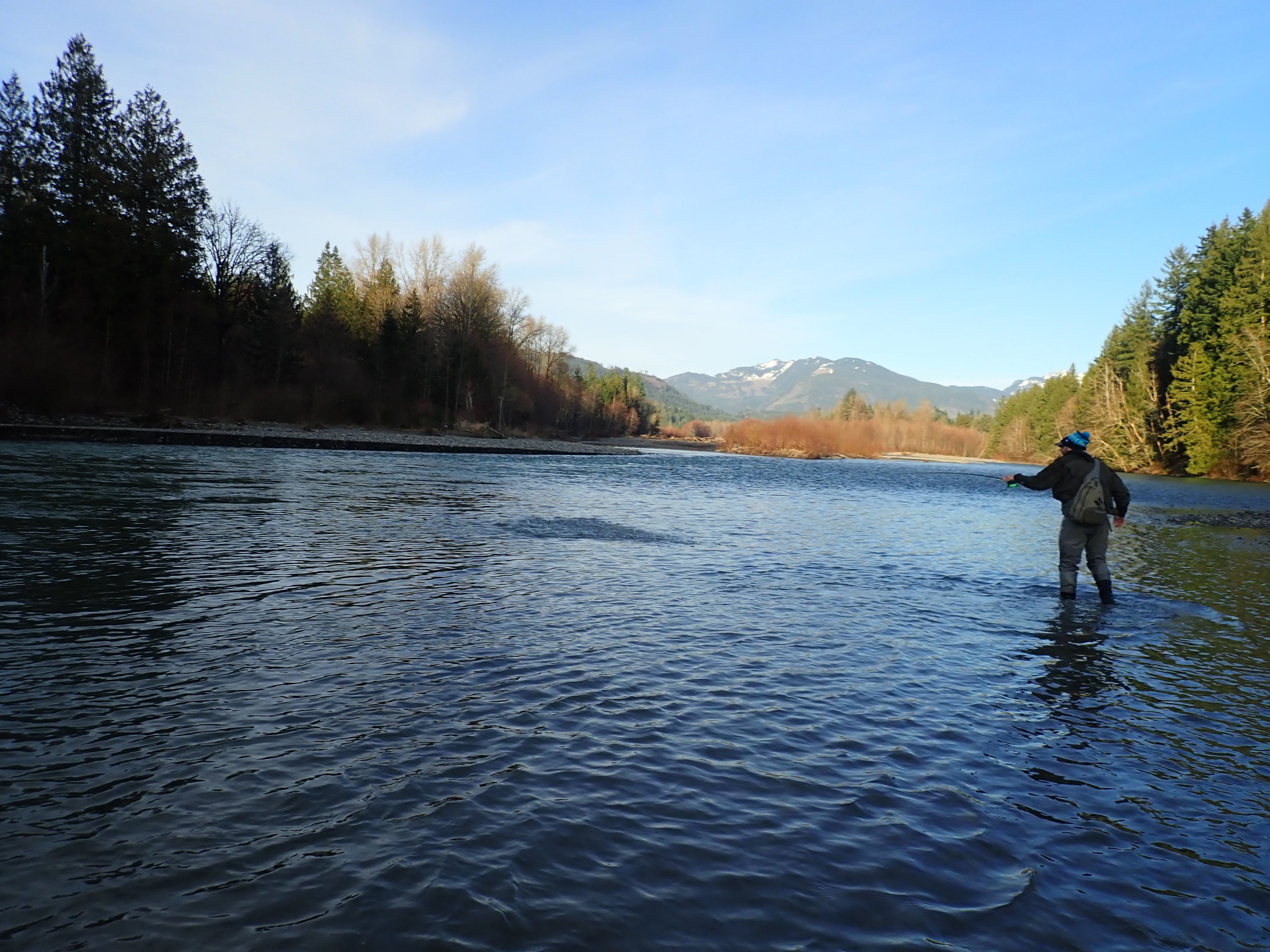 Rivers
With the recent cold and dry snap, rivers from the Vedder in BC to the Sol Duc and Hoh on the Olympic Peninsula have been running pretty low and clear. These are not our favorite conditions to swing a fly, but there have been some really nice fish around this year if you head out. Size down your presentations in the clear water, with Caballeros, Marabou GP’s and Hoh Bo Speys being appropriate flies for the water conditions. Afternoons are often more productive than early in the morning when the water has a chance to warm up a touch. The Squamish Valley can be a fun distraction getting further into March and we absolutely love the spring bull trout fishing up there. Sculpzillas, Kiwi Muddlers and White Zonkers are productive at this time. It’s still early for pink and chum fry to venture out from the river bed on their outbound migration but we look forward to seeing that begin later in the month. 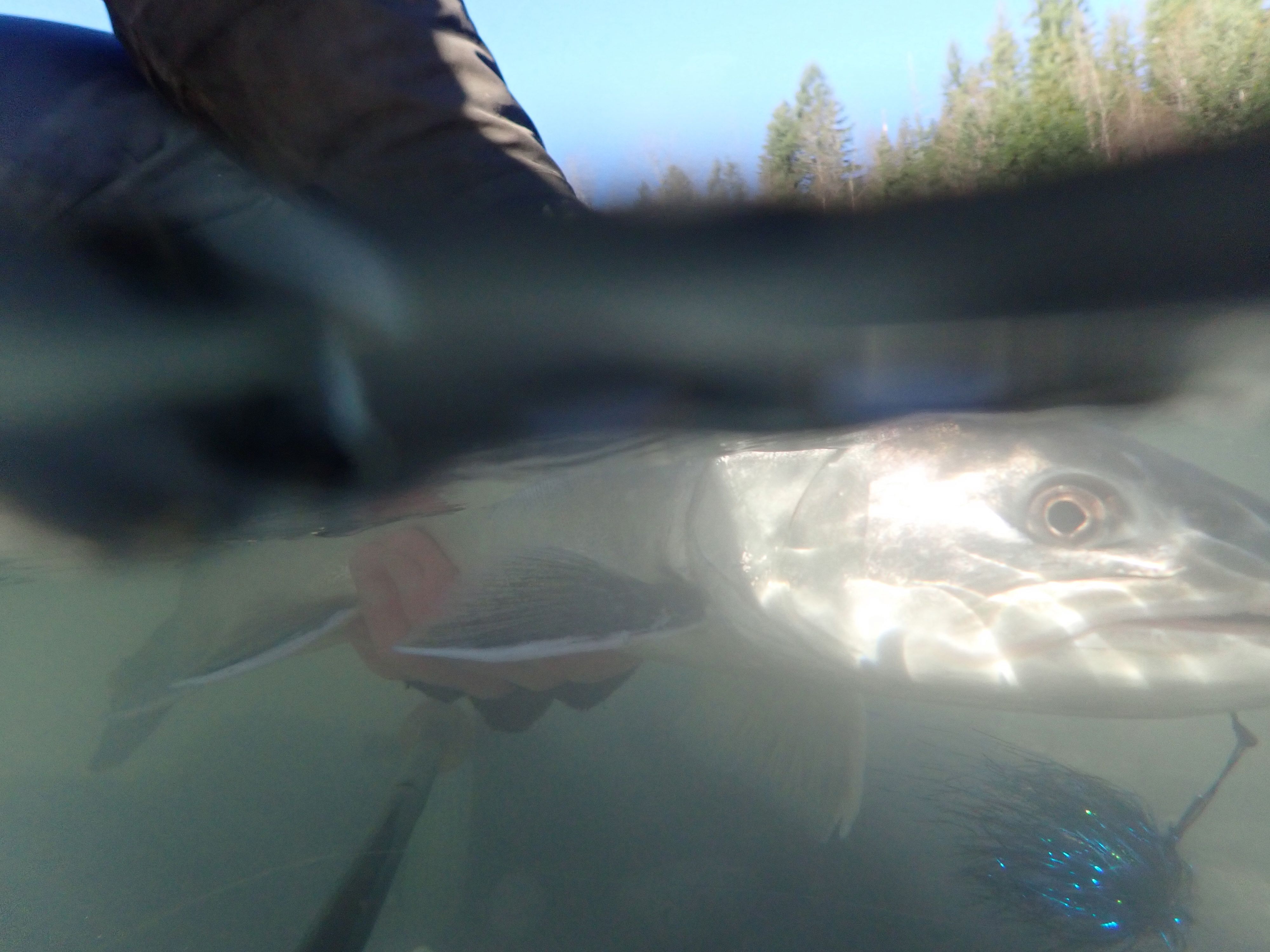 Lakes
While it’s still on the chilly side out there, we’re hearing reports of trout being caught at Pass and Squalicum. With the cooler water temps, fishing slow is the operative approach, whether slowly retrieving or trolling a leech pattern on a full sink line or suspending a Balanced Leech, small minnow imitation or BC Bloodworm under an indicator on a floating line. Chironomid larvae (bloodworms), leeches and small minnows are mostly on the menu this time of year. Over the next several weeks we should begin to see the first of our spring chironomid hatches get underway, which makes for hungry and catchable trout, especially in conjunction with the warming lake temperatures. Dress warm, stay dry and tightlines. Several other year round lakes will be on much the same program in terms of fly patterns and approaches. Check your WDFW fishing regulations for available options. 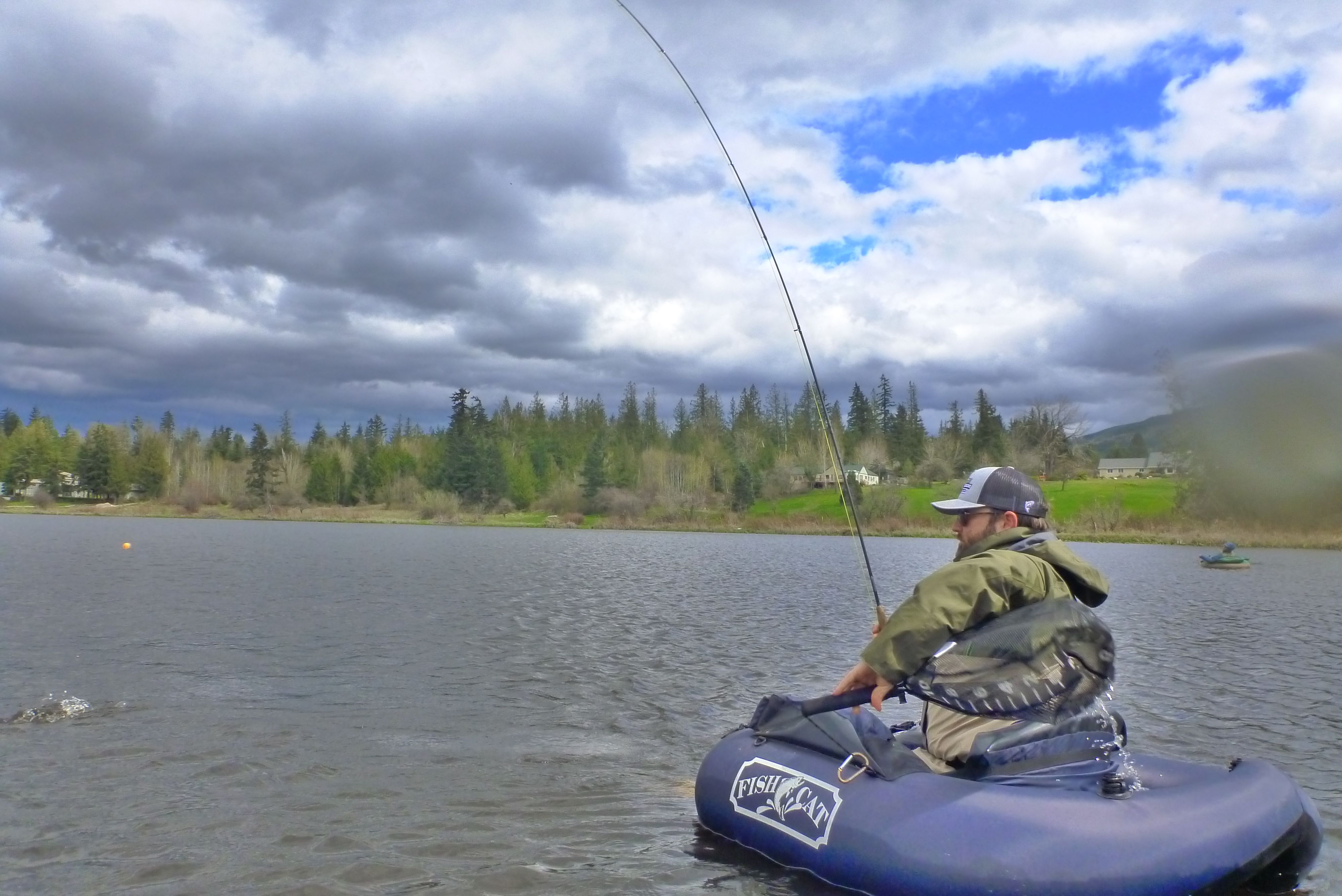 Salt
Things are slowly waking up in the North Sound, with some sea run bull trout being encountered in the Skagit Bay and Port Susan areas, along with the occasional resident salmon. Further south in the Sound, resident coho and cutthroat fishing has continued to remain productive. Keep in mind that a lot of our sea run cutthroat are close to or actively spawning this time of year and are at their weakest and most vulnerable state as they recover from doing their thing. If you’re encountering skinny cutthroat with frayed fins, it’s best to change locations and move to another beach in search of fish that haven’t spawned or are recovered and in better shape. Hood Canal is beginning to see some chum fry on the move but the main migration of chum fry in the rest of the Sound is still a ways away. Early on in the “hatch” you’ll want to keep your fry imitations small, and this month’s fly of the month, Justin Waters’ Chumbody’s Baby is well-suited to the task. Other patterns that have been working are Olive Woolly Buggers, Searun Buggers, White Conehead Squids and a variety of small shrimpy patterns. March boasts some fabulous tides for fishing the Sound. 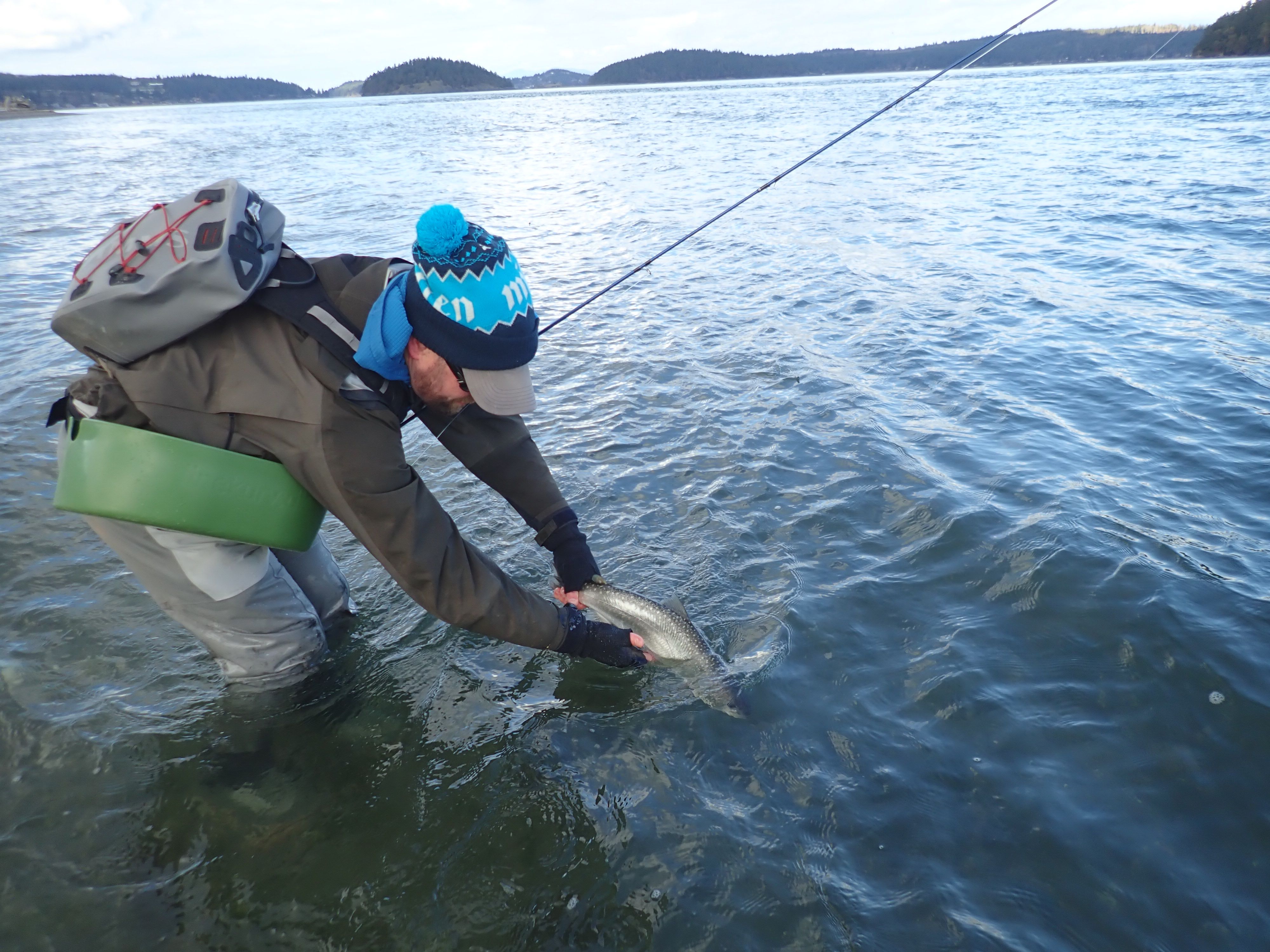