Flash and coho salmon go hand and hand and I’ve maintained some iteration of a Flash Fly in my salmon fly boxes for as far back as I can remember. I’ve found success on the littlest bead headed ones on a #10 long shanked hook in the clear tributaries to the Fraser River in low water and have also experienced monster coho eats on 3-4″ abominations in the glacial green waters of the middle Skagit in late fall. Coho seem to be all in when it comes to glitz and glitter. I often find the smaller patterns in the 1.5-2″ range to be most universally effective. When you look at the success of lures like the Dick Nite and Blue Fox Spinner on coho, it’s easy to make the connection as to why these flashy flies perform so well. I’ve tinkered with this fly for several years, sometimes putting the flashabou in a dubbing loop with a supportive collar of arctic fox tail behind it, but lament the absolute mess it makes in the dry, static autumn air with material clinging to my hands and beard.

In my mind, coho flies need to be quick, simple and inexpensive to tie as you will inevitably sacrifice a handful to stumps and logs on each outing if you’re fishing where the fish are. You can vary the size and weight of the eyes to suit the water you’re fishing, but I generally settle on the medium lead eyes. They do a fine job of keeping the fly down far enough in the water column as I impart a quick, snappy retrieve. Between the flash and radical jigging motion of the fly, big coho just can’t stay away from it and it’ll attract its share of chum salmon and sea run cutthroat as well. My favorite colors are the copper/green featured, but also blue/silver, green/silver and grape/gold. Pack your box with Coho Christmas Trees this fall and get ready for a wild ride.

Confluence Beer Pairing: In reverence to the waves of fresh coho pouring into our local rivers drop by Stemma Brewing and grab yourself a Wave Propagator citra fresh hop IPA. Just like summer suddenly disappeared on us, so too will the bounty of flavorful fresh hop IPA’s on tap around Bellingham and you’ll have to wait the better part of a year to enjoy them again. 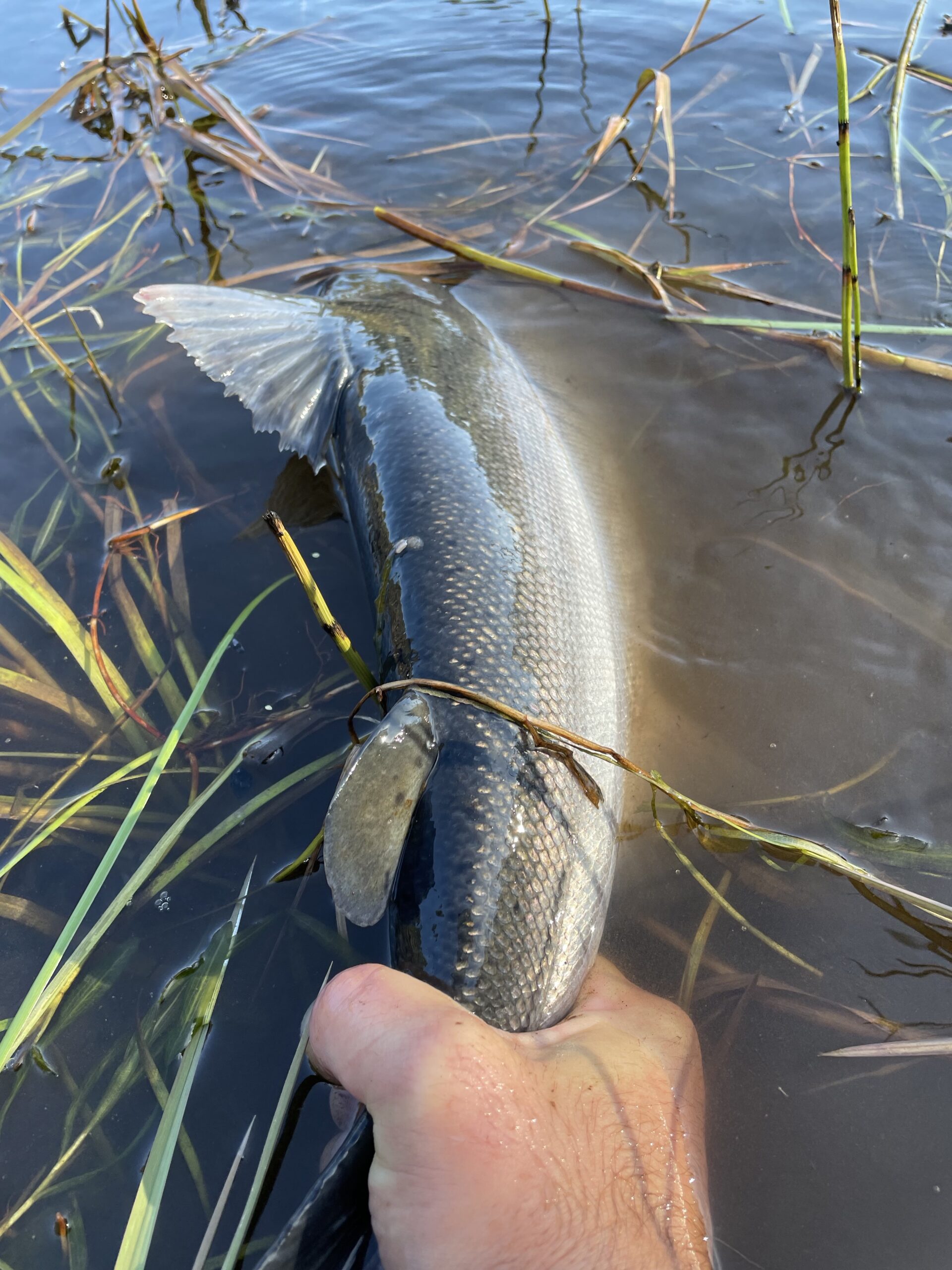